Colin Dearborn was basically caught red handed when he robbed a TD Bank in Bangor.  The surveillance cameras captured a clear shot of his face when his mask fell off during the botched heist.  A teller managed to hit the silent alarm before Dearborn forced all the employees out from behind the counter.   As the thief pulled out of the bank parking lot and onto Stillwater Ave with about a hundred thousands dollars stuffed into his clothing, half a dozen Bangor Police cruisers were within a block of his location.

The only smart thing Dearborn did on that fateful morning was to turn left and head towards Milford, rather than going right and into the waiting arms of the Bangor PD dragnet eager to pounce.

Stillwater Ave runs parallel to the City Forest, and when the unlucky bank robber realized that his car was low on gas and overheating, he knew his only chance was to make a run for the woods and hope he could disappear into the trees.

With Bangor Police in hot pursuit, Dearborn drove his car through the fence that surrounded the only part of the City Forest not open to the public.  He ignored the large, bright, easy to read Caution signs and kept driving deeper into the forest.  He paid no mind to the fact that the signs got larger and more threatening the further he went into the woods.  He didn’t even seem to notice the the police had backed off and followed him at a very safe distance.

Colin Dearborn thought that his luck was changing.  He was going to be able to avoid arrest, find a way out of the woods, and run off to a life of luxury with his new riches.  Then his car hit that tree.  Even then, he stayed positive.  The cops were nowhere to be seen.  He must’ve given him the slip.  All he had to do now was run across the bog, which didn’t look that deep and was the only thing that stood between him and freedom.  Dearborn ditched the car, made sure the money was secure in the plastic garbage bags he’d brought to transport it, and ran into the water.

He entered the bog a 36 year old criminal on the verge of making a miraculous getaway, and emerged from the water as a 9 year old boy, soaked to the skin in over sized clothes, who walked into the waiting arms of the Bangor Police Officers who had circled around the obstacle in the woods.

Colin Dearborn had stumbled upon one of Maine’s incredible little secrets…he’d found the Fountain of Youth.

For the past month, the bank robber with the angelic appearance of a fourth grader and the birth certificate of a man approaching his fourth decade, has spent his days in a private cell on his own floor of the Penobscot County Jail. 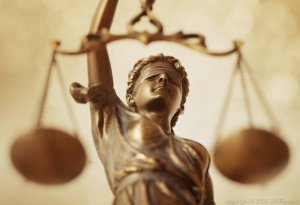 The courts don’t know what to do with him.  Clearly, he was an adult when he committed the crime, but when he stepped out of the water, he was just a kid.  You can’t send a nine year old off to jail with men three times his size, can you?  Then again, it doesn’t seem fair to let a bank robber get off with a few years in youth detention, either.

Stephen King, the local celebrity and man with an imagination so wild he could conjure up any fantastic scenario and then write 700 believable pages about it, was clueless as to how to proceed.

Local Aliens suggested probing the accused until they found the adult within.  Local Vampires volunteered to “turn” the suspect so that he could be tried as an adult within the definitions of Vampire Law, but Dearborn politely declined that offer.  One local scientist hypothesized that he could build a time machine and whisk the prisoner back to the moment before he entered the bog, so that he could be apprehended while still an adult.  However, no one was able to provide plutonium necessary to power the Flux Capacitor.

So Dearborn continues to wait.  He spends his day in his cell reading comic books, trying to regrow his mustache, and flirting inappropriately with the female guards.  At night, he cries himself to sleep, wets the bed, and cries out for past lovers to jump his bones.

Some think the plan is to just keep him locked up for nine years and then finally try him as an adult.  Others think the courts will send him off to military school.

What do you think, Modern Philosophers?  What would you do with the prisoner?  What do you think is fair in this situation?  Do any of you know how to reverse the effects of the waters from the Fountain of Youth?

This one is a real puzzler.  I look forward to reading your Deep Thoughts on the subject.

Native New Yorker who's fled to the quiet life in Maine. I write movies, root for the Yankees, and shovel lots of snow.
View all posts by Austin →
This entry was posted in Humor, Philosophy and tagged Bank Robber, courts, crime, Fountain of Youth, Humor, justice, Maine, Modern Philosophers, satire, Time Travel. Bookmark the permalink.