Man Confesses To Being Serial Killer Of Imaginary Friends 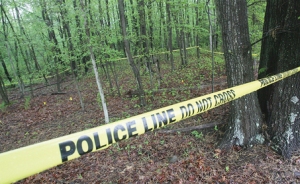 Doug Byron walked into Police Headquarters in Downtown Bangor and confessed to eight murders over the past two years.  He then led police to eight shallow graves in the woods near Milford, and turned over journals that detailed how he chose, stalked, and murdered his victims.

Now the police don’t know what to do with the man…because the people he confessed to murdering were his imaginary friends.

“This is weird even for Maine,” Police Chief Lou Foster confessed.  “I mean, he’s so sure he committed a crime, but he hasn’t.  He led us to eight graves in the woods, but all he’d done was dig a big hole and then refilled it.  The journals are packed with grisly details, and I probably won’t sleep for a week, but they’re just works of fiction.”

Cue the literary agents.  Word got out about the journals and the wild stories Byron was telling, and the agents came looking to sign him to a book deal.  “Darling, this is fabulous and will rocket up the Times bestseller list,” cooed CeCe Lansing of some haughty agency from New York.  “We could publish them as is, maybe add a forward from Stephen King, and then sell them as an eight book set.  Hollywood will be dying to buy the rights.  This is pure gold!”

The police tried to have Byron committed to Acadia Hospital, the local mental health facility, but they refused to admit him.  “He’s just too dangerous for us,” said a hospital spokesman, who refused to allow me to use his name.  “Do you know how many of our current patients have imaginary friends?  We don’t have enough staff to protect all of them from him.  He belongs in jail where armed guards can watch him.”

Now the activists are getting involved.  This Modern Philosopher was visited by Hillary LeClerque, the President of The Society Protecting Imaginary Persons (SPIP), and she was outraged at how this case was being handled.  “Why is no one taking this case seriously?” she demanded.  “Eight persons of an imaginary nature have been murdered and no one seems to care.  They’re talking about allowing that monster to run free and then profit from his crimes with books and movies.  This is an outrage!  SPIP will not stand for this!”

Miss LeClerque then consulted with her imaginary colleagues for a good fifteen minutes, and in the end, they were apparently all in agreement that they needed to organize a candlelight vigil at the grave sites.

What do you think, Modern Philosophers?  Have you ever had an imaginary friend suddenly go missing?  Did you think you’d just outgrown that friend, or that the friend had gotten bored with you?  What do you think should be done with this Byron fellow?

I look forward to reading your replies.   Please feel free to submit comments from your imaginary friends as well because I’d love to know what they think…