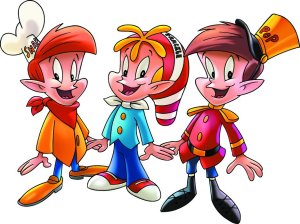 Breakfast will be a little quieter throughout the world after the tragic passing of Pop, the youngest member of the famous Rice Krispies cereal trio, who died of a heart attack early yesterday morning.

Pop, who was always depicted in the uniform of an evil dictator, will be forever remembered as the easy going one who brought the charisma to the group.

“Snap, Crackle, and Pop were The Beatles of the cereal world,” Tony the Tiger told this Modern Philosopher as the big cat wiped away his tears.  “They were handsome, adorable, and were actually incredible singers.  Kellogg’s didn’t want them branching out into a career in rock-n-roll, though, so their contracts strictly forbade them from ever singing in commercials or when they made public appearances.”

Which of The Beatles was Pop?  Tony took a long time to mull that one over.  “Well, he looked like Sgt. Pepper in that get up of his, but I’d say he was Paul.  The girls liked him the best.”

Snap & Crackle were kind enough to meet with me, even though they were clearly distraught over the death of their dear friend and coworker of many decades.

“We were so close, it was like we were brothers,” Snap told me as he constantly dabbed at his tears with a soaked handkerchief.  “He was the youngest, so he was always getting into trouble and we were constantly picking on him, but we loved him.”

“I honestly feel like I’ve lost a part of me,” Crackle confessed as he sipped from a large mug filled with a dark liquid that seemed to calm him.  “I keep turning to him to finish my sentences, and then I remember that my sentences are about him being dead.”

According to my sources at Kellogg’s, the cereal giant did propose finding a new third for the team, by the surviving members were adamantly against the suggestion.  One person told me that Crackle even took a swing at an executive, and had to be restrained by Dig ‘Em, the Honey Smacks Frog. 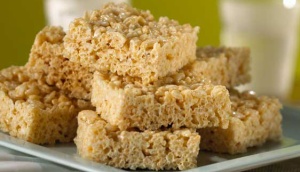 “There is no way anyone else could fill our friend’s tiny shoes, and we’ve made it clear that we’re ready to move forward as a duo,” Snap explained.

“In my mind, Pop will always be there, but as a ghost,” Crackle yelled and then pounded on the table for emphasis.  “He might not be there in body, but you can’t pour milk into a bowl of Rice Krispies without hearing Pop.  It’s just not possible.”

“Pop was a huge fan of Rice Krispies Treats,” Snap informed me once he managed to get Crackle to settle down a bit.  “So we’re asking that in his memory, folks whip up a batch of those and enjoy them with the ones they love.”

“We love you, Pop!” Crackle screamed at the top of his lungs and then took a very long swig of whatever liquid he had in his mug.

This Modern Philosopher would just like to take a moment to pass on his condolences to Pop’s family, to Snap & Crackle, and to everyone in the Kellogg’s Family who is mourning tonight.  I plan to make a batch of Rice Krispies Treats and remember the little guy who made me smile many times at breakfast during my childhood.

Native New Yorker who's fled to the quiet life in Maine. I write movies, root for the Yankees, and shovel lots of snow.
View all posts by Austin →
This entry was posted in Humor, Philosophy and tagged cereal, Crackle, Humor, Kellogg's, Modern Philosopher, Pop, Rice Krispies, satire, Snap, Tony the Tiger. Bookmark the permalink.