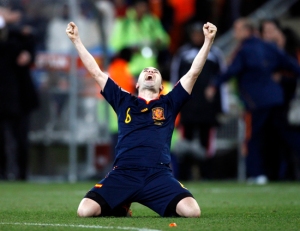 That’s a call very few soccer announcers ever get to make.  However, FIFA, the international governing body for soccer, took a major step towards changing that today by deciding to eliminate goalkeepers from the game.  Another attacker will be added in the keeper’s place in an attempt to add more scoring to the game. 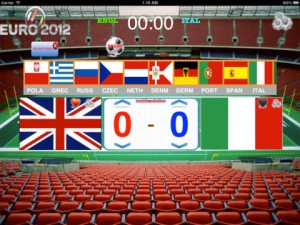 “90% of all soccer games played across the world last year ended in scoreless ties,” Juan Mercado, a FIFA spokesman, told this Modern Philosopher.  “We are hoping that by getting rid of the goalies, our masterful players will finally be able to put that tiny ball into the enormous net.”

Americans agree that soccer needs more scoring in order to be considered a sport that they’ll watch for recreational purposes.

A recent poll showed that 28% of American parents disciplined their children by forcing them to watch soccer games, and another 11% took it a step further by forcing their misbehaving children to join a soccer team.

American Phys Ed teachers have been known to use the threat of having to play soccer in Gym Class as a means to keep rowdy students in line.  Several schools across the Midwestern United States have replaced Detention with an after school soccer game.

“I’ve never seen our students better behaved,” boasted the President of a School Board that replaced Detention with soccer.  “Regardless of how boring the sport is, the kids are even managing to get a little exercise, which they never got sitting in Detention.”

Will the elimination of goalkeepers be the only step FIFA takes?  “It depends on how things go, and more importantly, how the Americans react to the change,” Mercado confessed.  “We do have other ideas including adding a couple of more balls into the mix.  There’s bound to be scoring if there’s multiple balls on the field, right?  The other rule change we’re considering is allowing the players to use their hands, so they can just pick up the ball and either throw it or carry it into the net.  We hope to have it all ironed out by the time the next World Cup rolls around.”

What do you think, Modern Philosophers?  Did my merely posting an article about soccer put you to sleep?  Do you think these changes will make the game more exciting?  Have you ever watched a professional soccer game and actually seen a goal scored?

I look forward to reading your comments.  I’ll be busy watching the Yankees and the Nets, but if there’s ever a lull in either of the games, I’ll check out what you have to say…

Native New Yorker who's fled to the quiet life in Maine. I write movies, root for the Yankees, and shovel lots of snow.
View all posts by Austin →
This entry was posted in Humor, Philosophy and tagged FIFA, Futbol, goal, Humor, Modern Philosopher, satire, Soccer, Sports, World Cup. Bookmark the permalink.