UFO Crash In Maine Leads To Discovery Of Mummy’s Tomb 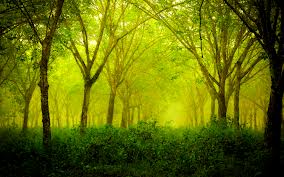 An inexperienced Alien pilot at the helm of an expensive spacecraft may have led to one of the most important historical finds of the 21st Century.

The Blorvian Star Cruiser that crashed deep in Maine’s Western Woods today led rescue teams, once they had fought off Dragons, Zombies, and Demons, to the discovery of a Mummy’s tomb buried deep beneath the forest’s floor. The death chamber was discovered in the massive crater caused by the star cruiser’s impact.

The identity of the individual laid to rest at the site is still unknown, but early studies of the hieroglyphics and the presence of large amounts of gold and jewels at the scene, have led researchers to believe that this is the tomb of an ancient Pharaoh. 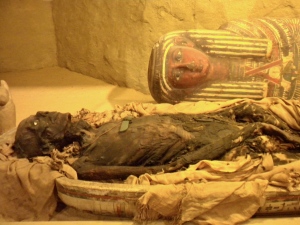 Dr. Brendan Fraser, a Maine Archaeologist who was the first expert to arrive on the scene, told this Modern Philosopher that he had no doubts that the tomb belonged to a member of Egyptian royalty.  “The writing’s literally on the wall, Austin,” he explained excitedly.  “I have only translated small sections at this point, but one very clearly reads ‘This is the final resting place of our great Pharaoh and his cats.  May they never be disturbed, unless, of course, someone discovers a way to bring them back to life.  Then, they should wake the Pharaoh so he can come back to Egypt and rule us again.  Just like old times’.”

How the heck did an Egyptian Pharaoh end up buried beneath the creepiest woods in Maine?  “Makes you think, doesn’t it?” Fraser asked with a smile.  “From what I’m reading, the Pharaoh came to the ‘great green land to enjoy life away from the sand’.  There’s also a very exciting passage about ‘the strange white magic that falls constantly from the sky and has bewitched the Pharaoh’.” 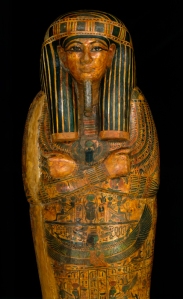 So the Pharaoh wintered in Maine and thought the snow was magic?  “It looks that way,” Fraser continued.  “Of course, the hieroglyphics also suggest that the Pharaoh died in a blizzard and might’ve been partially eaten by his cats.  I’m not done translating that part yet, but it seems to be the gist of it.”

Very interesting.  So maybe Columbus didn’t discover America, and perhaps Maine snow has been a problem for thousands of years.

Researchers plan to thoroughly examine the crash site and tomb before anything is removed.  Experts from all over the world, including a delegation from Egypt, are already on their way to Maine.  At this point, the biggest problem will be getting all of those people into the heart of the Western Woods alive.  As I have previously explained, that forest is filled with the scariest and most lethal of all the otherworldly beings that live in Maine, and is avoided by all sane, and even most of the insane Mainers.

Once again, the eyes of the world shift to Maine.  As always, Mainers will take it all in stride because they are used to all the attention.  Should disturbing the Mummy’s final resting place lead to a curse upon the land, Mainers will be ready for that as well.

Nothing can surprise us or unnerve us at this point.  Unless, of course, the Mummy’s curse brings 365 days of snow and frigid temperatures.  Then, we might have a problem…

Native New Yorker who's fled to the quiet life in Maine. I write movies, root for the Yankees, and shovel lots of snow.
View all posts by Austin →
This entry was posted in Humor, Philosophy and tagged aliens, Humor, Modern Philosopher, Mummy, Mummy's Curse, Pharaoh, satire, tomb, UFO. Bookmark the permalink.