I’m bored, so let’s randomly pick another letter from the mailbag to answer…

I recently noticed that you posted your 500th article.  Congratulations!  That’s a lot of Deep Thoughts in 8 months.  I do enjoy your blog and hope that you plan to keep on posting.

I just thought it was weird that for such a milestone post you chose to write about Santa Claus and the possibility that you might take over the operation at The North Pole now that he’s retired.  How come you didn’t write about Zombies, The Devil, Gary the Gargoyle, Aliens, that crazy drunk Leprechaun, or Mayor McCheese?  Any of those would’ve been much more representative of Maine than Santa Claus.

Just curious.  Still love the blog.  Would it be possible to get an autographed toga? 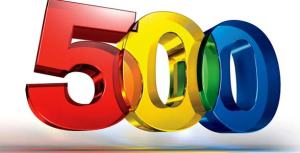 Thank you for the letter.  It’s always nice to hear from my readers, especially one who claims to be a really big fan (unless, of course, that’s your given name, which makes me wonder if you’re related to my old buddy, Si Ling Fan.)

To be honest, I had no idea I’d written that many posts.  Wow!  I really do need to find a better use of my time.  This blog was only supposed to be a mere distraction while The Girl Who Gives Me Goosebumps was away at school.  If I’ve written 500 posts in 8 months, that means I haven’t been doing much else with my life.  Yikes!

Even if I had known I was closing in on a milestone, it’s not like I plot out my posts in any organized manner.  An idea just hits me during the course of a day.  Usually, it’s the voice in my head that shouts the loudest that gets my attention.  So I guess a voice that misses Christmas was making a lot of noise up in the brain vault yesterday.

You also need to remember that a lot of times my posts are dictated by what’s going on in the world around me.  I’m really just a reporter and the state of  Maine is my beat.  I go where the stories take me, and a lot of the time, the news is about Aliens, Zombies, Witches, Demons, and Vampires.  That’s just the nature of life in Maine.  Life happens and then I type it up and put it on my blog to share with my awesome readers.

I hope you’re not saying you’re disappointed that Santa Claus’ retirement was the subject of blog post #500.  I think that’s a major story, one that none of the other news agencies have even picked up on yet, so that makes it an awesome topic for the milestone.

While I’m a big fan of newspapers, I have to admit I can see why they’re going the way of the dinosaur.  I’m always scooping the local reporters on my blog, and the editors of the papers up here are afraid to run articles about most of the stories I cover. 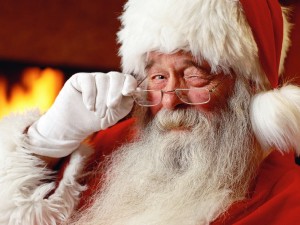 As for your request for an autographed toga, I will put one in the mail to you shortly.  I would’ve given you a thrill and had Gary the Gargoyle deliver it to you, but I see from your return address that you are not a Maine resident.  Gargoyles are not protected in any other state in the Union, and it is hunting season, so I’d rather not put Gary at risk.

Thanks for following.  Glad you like what I’m doing here.  I appreciate your bringing to my attention that I need to get a life.  Maybe I should take Santa up on that job offer…

Austin aka The Man in the Toga

Native New Yorker who's fled to the quiet life in Maine. I write movies, root for the Yankees, and shovel lots of snow.
View all posts by Austin →
This entry was posted in Humor, Philosophy and tagged 500, advice column, blogs, Humor, milestones, Modern Philosopher, Monsters, Santa Claus, satire. Bookmark the permalink.