I celebrated our right to elect a representative government by getting up early to go for a run.  I didn’t think I could do it a second straight day, but then I thought of all the sacrifices our Forefathers made to give us the right to choose to run, and I just could not let them down.

My route took me past the Brewer Auditorium, which is where I’ll go tonight to cast my vote.  There isn’t anything major on the ballot in Maine this year other than a measure to make Magic the state’s official second language.  The proposal is heavily supported by the Super Secret All Hallow’s Society, so I’m certain it will pass in a landslide.

Today was much colder than yesterday.  I make it a point to not check the temperature before I hit the road because I don’t want to give myself an excuse not to run.  It was obvious from the first deep breath of chilly morning air, though, that today was going to be different.  I find it a lot harder to run when I’m drawing icy air into my lungs, but on the other hand, the cold is an incentive to run faster. 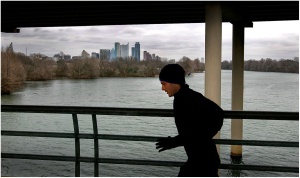 Once again, I ran towards the sunrise, and I had an amazing view.  There was no one else out on the road, so I was alone with my thoughts.  My mind worked over last night’s dreams.  In one, I had to keep reciting the order of the planets, but I kept insisting on putting Jupiter first.  In the other, “Handle With Care” by The Traveling Wilburys was playing everywhere I went, and I couldn’t find the source of it.  Needless to say, I hummed that song for most of my run.

With the cold spurring me on, I went a little further than yesterday, and still shaved 20 seconds off my time.  When I got back to The House on the Hill, I ripped off my knit cap and gloves, and let the cold air finally have its way with my head and hands. 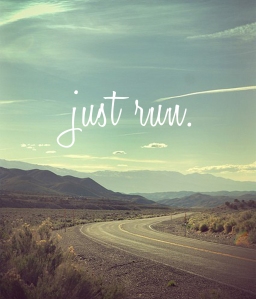 Gotta tell you, it felt good.  I did a quick cool down walk as that usual sense of accomplishment washed over me.  Today, however, it was a little different as it was accompanied by my singing “Handle With Care.”

I checked the temperature when I went inside and discovered it was 21 degrees.  Brrr!  It was 31 after yesterday’s run.

Even if you don’t have time to run today, Modern Philosophers, give some thought to voting.  Don’t make the Ghosts of our Forefathers angry!

Native New Yorker who's fled to the quiet life in Maine. I write movies, root for the Yankees, and shovel lots of snow.
View all posts by Austin →
This entry was posted in Fitness, Humor, Philosophy and tagged chilly weather, Dreams, Election Day, Fall, Humor, Magic, Modern Philosopher, running, satire. Bookmark the permalink.

16 Responses to Brrrrr…I Did It Again!