The Milky Way Galaxy’s Annual Meetings are underway, Modern Philosophers, and the big talk this year is about Pluto’s attempt to get itself reinstated as a planet.

My sources tell me that The Original Eight, as the remaining planets like to call themselves, are giving Pluto’s request serious consideration.

If you recall, Pluto was demoted from Planetary status in 2006.  It is now classified as a “Space Orb Formerly Known As A Planet”.  Quite a mouthful, right?

So what might get the cool kids to change their minds and let the squirt rejoin the gang?

“Money and lots of it,” Councilor R’ao’jai Na, a Galactic Ambassador and my guide to the annual meeting, explained.  “Times are tough all across the galaxy, and the other eight planets are hurting for an infusion of income.  Pluto basically walked into the room, threw a suitcase of cash down on the conference table, and said there was a lot more where that came from if it were allowed to return to the big time.” 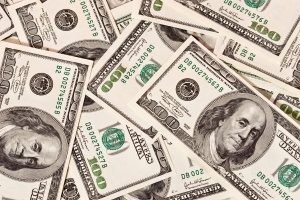 Of course, Modern Philosophers, the currency of choice was not American dollars, but I didn’t have any clip art of intergalactic currencies available.  An intern is going to get fired for that one!

My sources have told me that while six of The Original Eight are totally down with welcoming back Pluto and all its cash, there are two adamant holdouts to the idea.  Those two planets have an issue with where Pluto has gotten its influx of money.

“It’s Mercury and Saturn,” one of my insiders revealed.  “Neither of them are hurting for money.  Mercury has always been The Sun’s pet, so it never wants for anything.  Saturn is independently wealthy from some good investments, its deal with the car company, and the fact that the amusement parks located on its rings are the most popular in the galaxy.” 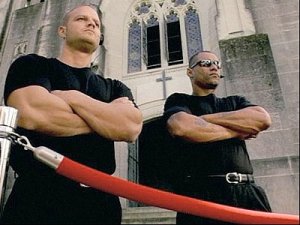 So, basically, Mercury and Saturn are the bad ass bouncers keeping poor, lonely Pluto out of the coolest club in the Milky Way.

Do they have enough clout, however, to make Pluto remain on the other side of the velvet ropes?

“I don’t think so,” another anonymous voice in a vast galaxy of voices whispered in this Modern Philosopher’s ear.  “It’s six against two, and everyone knows that Venus and Mars are too powerful to not get what they want.  Very few beings realize it, but it was those two power mongers that got Pluto kicked out of the union eight years ago.”

Sadly, I was not able to get any more details as to why Venus and Mars wanted Pluto out, and why they are now fine on allowing it to return.  And from where exactly did Pluto get all this money?  What kind of business has the ex-planet been conducting for the past eight years?  Is there some rich, evil Alien power backing this move and using Pluto as a pawn to conquer our solar system?

I was just thrilled to find out that galactic drama is way better than any reality TV show.  I need to hang out beyond Earth’s atmosphere more often.

I am dying to know how Pluto’s power move will play out.  I’d much prefer to have nine planets.  Eight just isn’t enough in this case.

What do you think, Modern Philosophers?  Do you want Pluto back in the line up?  Are you a fan of its bold move?  Or are you offended and cool with the solar system the way it is?