A Bangor resident, identified only as “Alice” in court papers, has filed a multimillion dollar lawsuit against the Maine company that fired her after she failed a random drug test.

The company, which is not being identified at this time, claims it had to fire her.

Cy Brown, the well-respected lawyer (and friend of this blog) who is representing Alice contends that his client was wrongfully terminated because she did not knowingly take any illegal substances.  “My client went on vacation, and while visiting exotic locales, she enjoyed native foods and beverages.  Not only was she completely unaware that anything she was given might be considered illegal in Maine, but she also consumed these items almost a month ago, far away from her place of employment.”

According to the Company X spokesperson, Alice’s behavior since returning to work had drawn the attention of her Supervisor.

“She was obsessed with tea, and kept trying to get her coworkers to drink it with her,” the suit explained.  “Several employees complained that she kept trying to get them to go to her home after work for a tea party.  While we don’t mind our employees fraternizing, we do frown upon harassment.”

Cy Brown chuckled when I told him of those allegations.  “It’s against the rules to be outgoing?  Who wouldn’t be excited about returning home from a wonderful land and wanting to share some of its traditions?”

Company X’s concerns about Alice went beyond her tea pushing, however.  “We were genuinely worried about her,” the company flunky assured me.  “Alice was one of our top employees, and in just a few days, her production went from top of the charts to somewhere deep down in a rabbit hole.”

When I pressed him to expand on that comment, the spokesperson hesitated.  “I really don’t think I’m supposed to talk about the lawsuit outside of the courtroom.”

I explained that this case was going to be tried in social media long before the parties ever met in a courtroom. 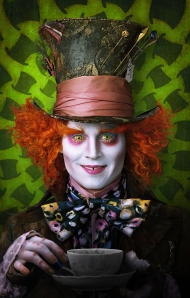 That seemed to convince him.  “She simply stopped working.  She would wander the office in a dreamlike state, approaching everyone and telling them about her vacation.”

I was able to find one of Alice’s former coworkers, who was happy to talk about the woman she once considered a friend.  “Alice wasn’t the same person when she returned from her trip.  She just wanted to talk about that place.”

The exasperation was evident in the woman’s voice.  “She was forever going on about the odd group of natives she had befriended, and how she had fallen madly in love with some hat maker.  There was something about a talking rabbit and an invisible cat.  I can see why she failed her drug test!”

“Oh, she even met the Queen, and played croquet with her at the royal palace.  I’m glad she had a good time, but I’m a single mom with three kids and I need my job.  I can’t be talking all day and not be getting any work done.  Like Alice.”

Alice’s lawyer scoffed at the “friend’s” story.  “Sounds like petty jealousy to me.  I can’t wait to tear her to shreds on the stand.”

Neither Cy, nor Company X wanted to talk about what drugs showed up on Alice’s tox screen.  However, my sources at the lab told me that it was “like nothing they had ever seen before”, and admitted to pinning the lab results on their Bulletin Board of Fame (with Alice’s identifying information blacked out, of course). 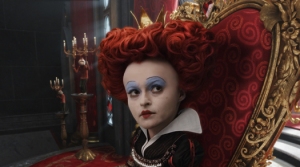 Cy insisted that his client did no wrong.  “Alice ate some cake and mushrooms, drank tea and other native concoctions, but she never snorted, smoked, or shot up any illegal substances.  I’ve got a signed affidavit on that from the Queen!”

Should be an interesting case…

Native New Yorker who's fled to the quiet life in Maine. I write movies, root for the Yankees, and shovel lots of snow.
View all posts by Austin →
This entry was posted in Humor, Philosophy and tagged Alice, Alice in Wonderland, drug testing, fired, Humor, lawsuit, Modern Philosopher, Sarcasm, satire. Bookmark the permalink.