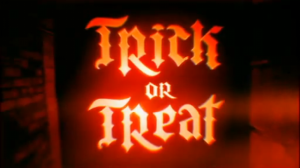 The Department Utilizing Statistics & Tables (DUST) released the results of some of its early Halloween polling today, Modern Philosophers.

73% of those polled, answered that they would prefer to receive “treats” over “tricks” this Halloween.

“We are always intrigued by the results of our polling,” Mortimer Sledge, a DUST official, told this Modern Philosopher.  “We especially enjoy doing the Halloween polls because we know people are sick and tired of all the calls about Election Day.  Our questions allow them to vent a little and have some fun.”

When asked which “Trick” they would most like to pull on their enemies, an astounding 91% of respondents said they would want to toilet paper an adversary’s home.

“Folks really do love to get crazy with the TP,” Sledge revealed with a mischievous smile.  “I think it doesn’t sound as cruel as egging someone’s house or covering their car in shaving cream.  The toilet paper route is just good, clean All-American fun!”

Of course, Americans really love their candy.  When DUST asked them what was their favorite part of Halloween, 96% replied something related to getting candy, eating candy, or trick or treating to get candy.  The remaining 4% was split between: wearing a costume, carving pumpkins, going to parties, toilet papering houses, bobbing for apples, and preparing to go to church on All Saints Day.

“We got some really great responses when we asked about this year’s costumes,” Sledge explained.  “Some of my favorites: a fat guy going as Retired Derek Jeter, who said he was going to wear a kid’s Yankees uniform and just let his belly hang out.  President Joe Biden, which was a man in a suit being led around on a leash by another guy in a suit and sunglasses, who was supposed to be a Secret Service Agent.  Iron Man, which was a guy in a Robert Downey, Jr mask, who was going to spend the night handing out fake money to everyone.  People are really creative.” 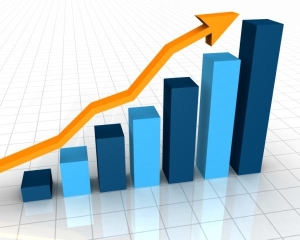 The Department Utilizing Statistics & Tables conducted their polling via telephone October 1 through October 10, questioning 115,212 Americans in all 50 states.

For further information on the results of the Halloween poll, you can visit their website at http://www.DUST.gov.

If you’d like to participate in future DUST polls, simply answer your phone any weeknight while you are trying to eat dinner or enjoy your favorite television program.  The person calling is most likely an Agent of DUST.

Native New Yorker who's fled to the quiet life in Maine. I write movies, root for the Yankees, and shovel lots of snow.
View all posts by Austin →
This entry was posted in Holidays, Humor, Philosophy and tagged candy, Halloween, Humor, Modern Philosopher, polling, pranks, Sarcasm, satire, trick-or-treat. Bookmark the permalink.