The Killer Was Watching…And Waiting

A thrilling, spine tingling short story to get you into the proper mood for Halloween. You’ll want to read this one during the day, Modern Philosophers, with all the lights on in the house…

The Return of the Modern Philosopher 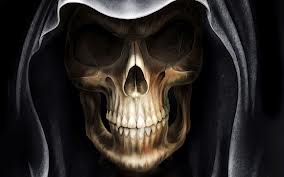 Lucinda sat in the same chair she always did, sipped her favorite flavored coffee, and read a magazine that focused more on gossip than it did on actual news.  This was her regular Friday night routine, and it helped her to unwind from her stressful week.

She was a creature of habit, and she didn’t see anything wrong with that.  After a certain point in life, surprises were more of a nuisance than they were exciting.  Lucinda was all about sticking to a routine and limiting the unexpected.

And that played exactly into the Killer’s plan.  He watched her from across the room, just as he had been doing for the past few weeks.

He was already in his seat, nose buried in the book he was supposedly reading, when Lucinda made her way over to her little corner of this particular world.  He hadn’t even looked up upon her…

Native New Yorker who's fled to the quiet life in Maine. I write movies, root for the Yankees, and shovel lots of snow.
View all posts by Austin →
This entry was posted in Holidays, Humor, Philosophy, Writing and tagged fiction, Halloween, haunting, killer, Modern Philosopher, murder, short story, Thriller. Bookmark the permalink.