While I know it’s just another Thursday to you, today is my Writer’s Day.  It’s a personal holiday rooted deep in tradition (I just started it last month!) and the first part of the celebration was getting to sleep in on a frigid Maine morning.

I decided to create Writer’s Day last month when I realized that I wasn’t doing enough to honor my accomplishments as a Writer.  I feared that if I didn’t take some time to acknowledge the progress I have been making, that it might all get lost in the hustle and bustle of everyday life at The House on the Hill.

Writer’s Day falls on the Thursday after a taping of The Nite Show With Danny Cashman.  The day of a taping is when I most feel like a Writer, Modern Philosophers.  I wake up like a kid on Christmas morning, excited for what the day has in store for me.  I can barely get through the day chained at my desk, anticipating my early release so I can scurry off to The Gracie Theatre.

The whole experience at The Gracie is magnificent.  I get to help Joy greet the audience.  We chat with them out in the atrium, and many of them will recognize me from the Timbo sketch and know that I am a writer for the show.

Then I get to lead them into the theater and urge them sit as close to the stage as they want.  This allows for even more chatting with the show’s fans, and some will wish me good luck and ask how many of my jokes might make the monologue that night.

Then there is just sitting in the audience, hoping that the next monologue joke Danny tells will be one written my me, and then gauging the audience’s response.  Not much beats the feeling when they laugh at what I’ve written, Modern Philosophers.

During breaks in the show, I talk to some of the other writers, and we compare which of our jokes made the cut, and share some of the ones that did not.  That camaraderie really drives home the point that I am a Writer and part of a team that is entertaining not only the folks in The Gracie Theatre, but a TV audience across the state. 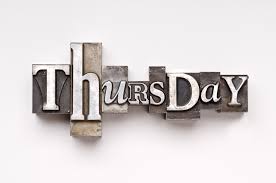 That’s why I like to take a Writer’s Day on Thursday.  I used to go back to the “real job” the next day, and the “I am a Writer, listen to me roar!” bubble would immediate burst the second I punched in at the time clock.

Now I have this extra day to revel in the feeling that I am a Writer, and to let that fact sink in while I also get some other writing done.

Today, I plan to work on the new screenplay, which is so close to being done.  When you hit page 90, Modern Philosophers, you can just taste the end.  It’s almost within reach, and the urge is to just pound out those pages and be done with it.

I, however, like to savor the Third Act.  As much as I love the sense of accomplishment at completing a first draft, there’s also a little bit of sadness when it’s done.  It’s almost like I have to say goodbye to the characters I’ve just spent the last few months getting to know.

Of course, there will be rewrites, so I’ll get to spend more time with them.

Happy Writer’s Day, Modern Philosophers.  What writing projects are you working on now?  Do you ever do anything special to acknowledge your personal writing accomplishments?  Would you like to adopt Writer’s Day for your own use?  Please feel free to do so!

Native New Yorker who's fled to the quiet life in Maine. I write movies, root for the Yankees, and shovel lots of snow.
View all posts by Austin →
This entry was posted in Humor, Philosophy, Writing and tagged coffee, day off, Humor, Modern Philosopher, monologue jokes, Sarcasm, satire, screenwriting, The Nite Show, Writer's Day. Bookmark the permalink.