In last night’s Think Tank post, I challenged you to decide which movie character you would choose to be your guest at this year’s Academy Awards ceremony.

I mentioned that it was so difficult for me to narrow it down to just one winner, that I could probably write a My Top 5 post about those characters who almost made the cut.

I am a man of my word, Modern Philosophers, so here is a list of My Top 5 Alternate Oscar Dates (Male)…

1. John McClane Who wouldn’t scream “Yippee ki yay, mother@#$%^&” at the thought of hanging out at the Oscars with brash NYPD Detective John McClane?

Something tells me he would be the life of the party, an excellent wing man, and some added security should terrorists decide to attack the ceremony.

I’m sure he would have an entertaining, running commentary on every joke made by the host and presenters, and each acceptance speech.

I would definitely be bringing the John McClane from the original Die Hard, as he did seem to change a bit over the course of the sequels.  While I’d ask him to wear a tux, it would also be pretty cool if he showed up in the iconic outfit he wore in the flick. 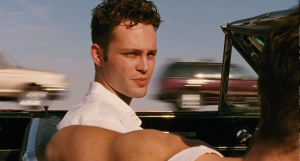 2. Trent Walker My favorite character from one of my all-time favorite flicks is so money, and he totally knows it.  For the Oscars, though, I’m sure he’d be willing to be the man behind the man, and allow me to grab the spotlight.

Trent would be an even better wing man than John McClane, but I’d have to worry about him getting drunk, running up on stage, and getting us kicked out of the joint.

He would definitely know where all the cool after parties were, and he might even teach me how to double down at blackjack if we came upon a game.

If you don’t know who Trent is, I advise you to watch Swingers immediately!

3. The Tin Man While this might seem like a controversial choice because The Tin Man is sure to be a security concern because of his axe and the fact that he is going to set off all the metal detectors, I don’t care.

I’ve always wanted to know what a tin man was, and the Oscars would be the perfect setting to finally get some answers.  And just think of all the buzz this would create on the red carpet.  I’m sure stars would be scurrying over to us all night to get a selfie with TM, and that could lead to some wonderful networking opportunities for me. 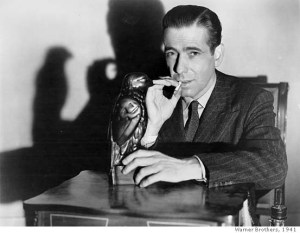 4. Sam Spade Talk about bringing some old time Hollywood class to the ceremony!  I’d just spend the night in silence listening to Spade talk about everything going on around him.  I’m sure he’d have plenty of amuse insights about our fellow attendees, and he’d probably have dirt on all of them, too.

In addition, I’d love the chance to pick his brain about some screenplay ideas that have been bouncing around in my head.

5. George Bailey Hee haw!  It’s everyone’s favorite resident of Bedford Falls.  We only usually see him around Christmas, so it would be fun to give the world a little exposure to George Bailey in February.

While It’s A Wonderful Life was nominated for five Oscars, it wasn’t considered a commercial success when it was first released.  Of course, by now, it has become one of the most beloved films of all time.

I think George would appreciate the attention and congratulations he’d receive from the Academy 70 years after his film’s release.

What do you think, Modern Philosophers?  Would you have chosen anyone in My Top 5 as an Oscar companion?  Who do you think might be on My Top 5 Alternate Oscar Dates (Women) list?