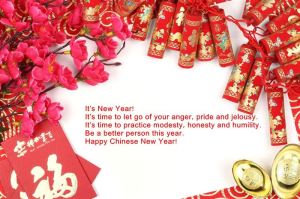 It’s the Year of the Goat, and I thought I’d ring in the new year with a My Top 5 post about the only thing Chinese of which I have any knowledge: the food.

Oddly enough, I used to hate Chinese food when I was kid.  Whenever we’d go out for it, I never had any idea what to order, so it made me dislike all Chinese food in general.

Over time, though, my taste buds evolved and entered into a trade agreement with the Chinese restaurants in every city in which I’ve worked or lived.  When I ran the Tutoring Clinic in California, I spent a lot of time at the Chinese place across the street.  It was a combo Chinese restaurant and donut shop.  I was in unhealthy food paradise! 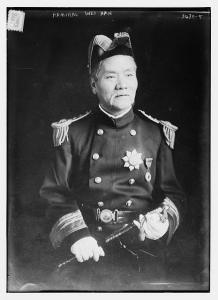 1. General Tso’s Chicken  Could any other entree possibly top the list?  The man was a General and also the greatest chef in the history of that great country!  Want to know why China is always outpacing the United States?  They put their fast food chicken future in the hands of a General, while we put ours in the finger licking hands of a mere Colonel.

2. Sesame Chicken  Can you tell me how to get, how to get the best Sesame Chicken on the street?  There is a caveat to this entry, however.  When I worked in Stamford, CT, there was a place that made the greatest Sesame Chicken I have EVER tasted.  I became addicted and would eat nothing else when we ordered from that place.  However, I have never been able to find another Chinese restaurant that makes its Sesame Chicken the same way.  The place across from the Tutoring Clinic came the closest, but that delicious recipe seems lost to me forever, thereby costing this entree the top spot on the list.

3. Lemon Chicken  I’ve always heard that the college years are our experimental ones.  While I was at NYU, Lemon Chicken became my go to Chinese entree for some reason.  I’ve never quite figured out why, and I’ve rarely ordered it again since earning my degree.  Maybe someone with a BFA just doesn’t do Lemon Chicken?

4. Sweet & Sour Pork  Yes, Modern Philosophers, I do eat something other than chicken!  Sweet & Sour Pork was the first entree I ever really developed a taste for, so you could call it my Gateway Entree to the rest of the Chinese menu.  For the record, I hate any place that serves the sweet & sour sauce on the side.  I want it put directly on my entree so it has a chance to congeal a little in the takeout container on the journey home. 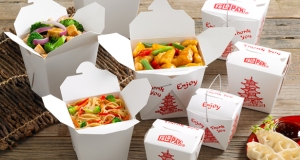 5. Shrimp with Lobster Sauce  I live in Maine now, Modern Philosophers, so it woulda been wicked awkward not to pick something with a little lobstah in it.   While I’m generally not a seafood guy, sometimes, you’ve just got to mix it up.  When that feeling hits, this is my entree.

What about you, Modern Philosophers?  Do you agree with My Top 5?  What did I miss?  What would you have excluded?  Has this post made you crave Chinese food?

Native New Yorker who's fled to the quiet life in Maine. I write movies, root for the Yankees, and shovel lots of snow.
View all posts by Austin →
This entry was posted in Holidays, Humor, Philosophy and tagged Chinese food, Chinese New Year, culinary reviews, food, General Tso, Humor, Modern Philosopher, My Top 5, Sarcasm, satire, Year of the Goat. Bookmark the permalink.