Some St. Paddy’s Snow And A Baked Potato Coma 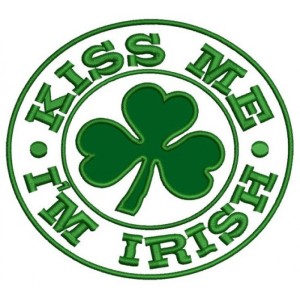 Once again, I need to lock myself in my study at The House on the Hill and crank out monologue jokes for tomorrow night’s taping of The Nite Show.

I hope I’m done in enough time to get down to Three Toads & A Wicked Lady for Seamus’ Wild Party.  After all, he is counting on me to sit in his Kissing Booth.

I will have to make tonight’s post short and sweet, which is kind of like Seamus, but only when he’s extremely drunk.  Of course, he’s always short, no matter how much he’s had to drink.

Here’s a little look at my St. Patrick’s Day…

My coworkers were lining up today for our Annual Baked Potato Bar!  This little feast for our McTummies has become a St. Paddy’s Day staple.

I didn’t catch the official name of this dessert, but for the sake of this post, I will dub it Amazingly O’ Delicious.  It was cake mixed with pudding and it was so yummy. 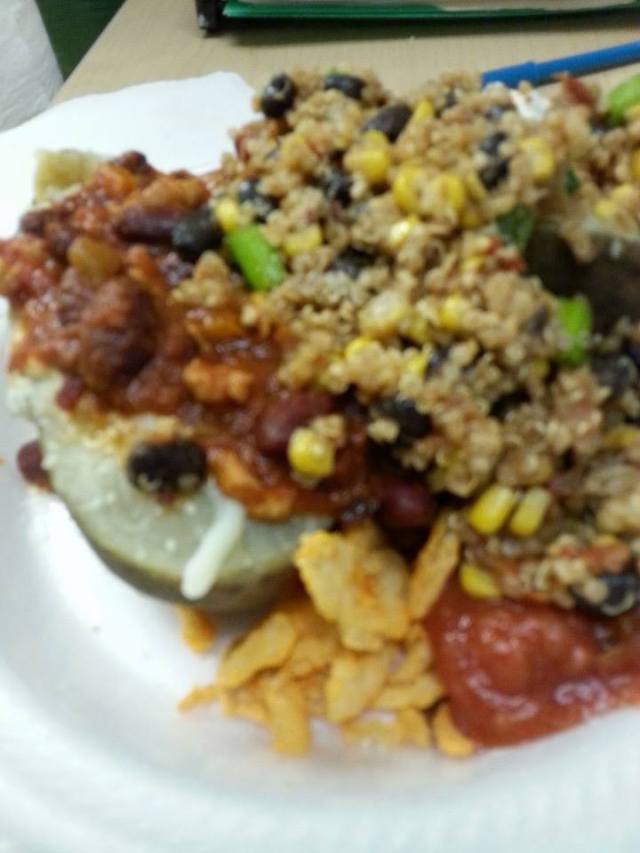 Yes, somewhere under all that blurry goodness, there is a baked potato.  Mine was topped with chili, cheese, sour cream, butter, salsa, bacon, and broccoli among other things. 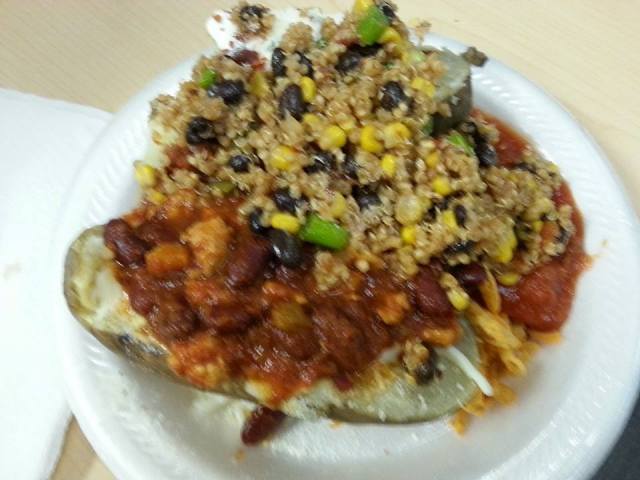 Oh, did you not get a good view of my loaded potato?  Let’s try this angle.

I sent this photo to my friend Angela, who works for my company, but in another building.  Just to torture her a little. 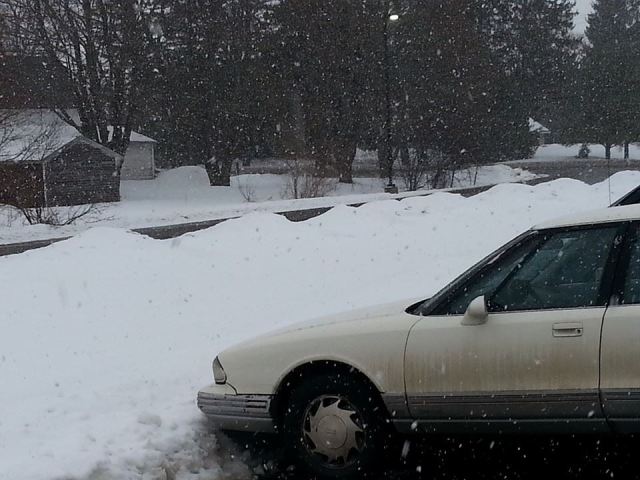 I’m dreaming of a white St. Paddy’s Day…sang no one ever!  It wouldn’t be a Winter holiday in Maine without the snow I suppose.

It was coming down pretty hard when it was time to drive back to The House on the Hill.  Perfect timing, Snow Miser!

It’s trying to get in through the windshield!  Somebody help us!!!

Even though it has been snowing all day, it’s been too warm for it too stick.

Uh oh.  I spoke too soon.  The snow is starting to stick on the walkway.  I bet if I check outside now, there’s a half a foot of the stuff out there.

But I’m not going to do that, Modern Philosophers, because I need to focus on writing jokes for The Nite Show.  You should all join me at the taping tomorrow night! 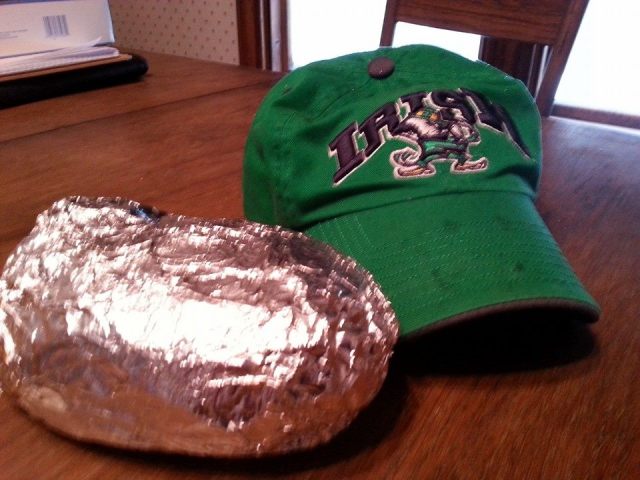 From all of us at The House on the Hill, have a Happy St. Patrick’s Day!

35 Responses to Some St. Paddy’s Snow And A Baked Potato Coma