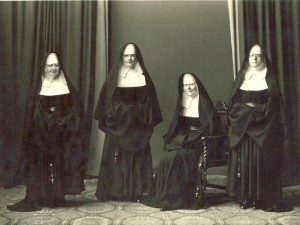 I don’t know the Bible as well as a Catholic boy raised by Nuns should, so I can’t tell you the exact chapter and verse of one of my favorite passages…

Though shalt by rewarded for thy hard work.  Thy fruit of thy labor shall come in a reward of many calories.

I’m sure if you Google it, you’ll find its exact origins.  All I know is that it’s in there somewhere, and the voice of James Earl Jones has been reciting those words on an endless loop in my head every time I’ve gone for a run over the past eight weeks.

Yes, Modern Philosophers, James Earl Jones aka The Bible Narrator In My Head, has wanted me to have Chinese food almost as much as I’ve craved it.

Of course, sometimes, when I get a little delirious from running in the Summer heat, I forget that James Earl Jones is my Mental Bible Narrator, and I freak out thinking that Darth Vader is trying to communicate with me via The Force! 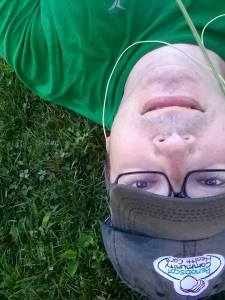 As you might recall, Modern Philosophers, eight weeks ago, I set out upon a quest to get my lazy butt back into shape.  I knew that my annual physical was scheduled for today, and I had fifty-six days to do something about it.

So for eight weeks, I have run five days a week, made positive changes to my diet, tossed in some weight training for good measure, and avoided Chinese food at all cost.

I have left enough sweat on the streets of town to fill the Central Park Reservoir, which I had to jog around for gym class in high school, three times.  I have dropped enough weight for people to ask me if I’ve contracted a minor sickness.  I have written enough blog posts about my running to both infuriate and inspire my readers.

All so that when I went for my physical today, I could look my doctor in the eye and assure him that I was taking major steps to be healthy again. 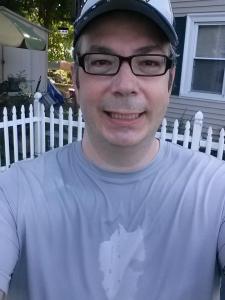 That’s a photo of me this morning after run number 41 in the past 56 days.

Why am I smiling?  Because I knew that, as predicted over two thousand years ago in the Bible, I would be receiving a reward today for all my hard work.

Sure, some of you might say that my reward is a thinner, healthier body.  And to you, I’d say you aren’t the dreamers of the bunch.  Set your goals higher!

Clearly, my reward had to be Chinese food, which had once been a staple of my diet, but had been banished to parts unknown for the last eight weeks.

Today, this Modern Philosopher would be reunited with his old friend, General Tso. 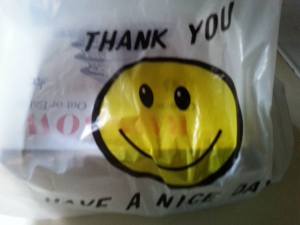 I was dialing the Chinese place (its number is conveniently stored on my phone) as I walked to my car in the medical center’s parking lot.

They had just taken a couple of vials of blood, so I was lightheaded and my stomach was rumbling uncontrollably.

Did I mention that I had run 3 miles this morning, but hadn’t been able to refuel since I had to fast for my blood work?  I couldn’t even chug my chocolate milk, which is a fun little tradition after my run.

I honestly didn’t think I was going to make it to my appointment because I was a little out of it from my run, the heat, and the lack of food in my tummy.

That’s when James Earl Jones settled me down…

Join me and General Tso on the Dark Side, and we will rule the galaxy together.  But wait until after your appointment because you’re going to be pissed if you have to fast another day this week to have your labs done.

James is so wise.  I might’ve been more delirious than I realized… 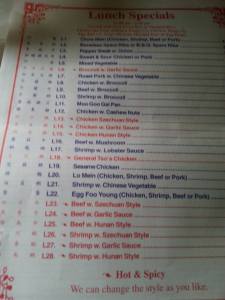 I had this entire menu from which to choose my high caloric reward, but I didn’t need it.  I had searched my feelings and knew it was going to be General Tso’s Chicken.

I was told the wait would be twenty-five minutes, so I went to Walmart to buy some bath towels (you can never have too many) and new ear buds for my phone.

I chose the purple ear buds.  Not because James Earl Jones told me to, but because they looked like the bruise on my arm from where they had taken blood. 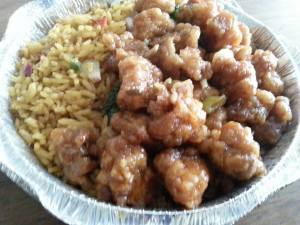 When I got to Rainbow (Yes, that’s the really name of the place and my food is the pot o’ gold at the end of the rainbow. Duh!), the bag with the big yellow happy face was waiting for me on the counter.

I sped home, might have mentally cursed at a construction crew for delaying my journey, and rushed into The House on the Hill to enjoy my reward.

Doesn’t it look delicious?  I’d earned it and I was going to devour it.

Want to hear something cool?  I didn’t put soy sauce on it like I always do.  While I ate all the chicken, I barely touched the rice.

So even though I had a lunch that wasn’t the best thing for my diet, it wasn’t as bad as it could’ve been.  That has to count for something, right? 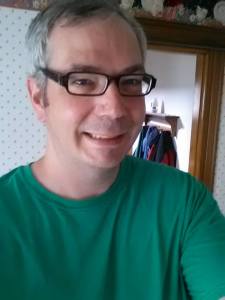 That’s me, right before I sat down to lunch.  Is that a happy face or what?

I haven’t heard James Earl Jones’ voice in my head since I finished lunch.  I think that’s a good thing, but I do miss it.  Is that weird?

The medical center called about a half hour before I started to write this post.  All my labs came back normal.

I guess that hard work is paying off, Modern Philosophers!

Tomorrow is a day off from running, and my first day back to work after a wonderful vacation.  Running will resume on Wednesday.  Just warning you…

18 Responses to Thou Shalt Receive A High Caloric Reward!