Vegas Sets Odds For The Name Of Patriots’ Next Scandal 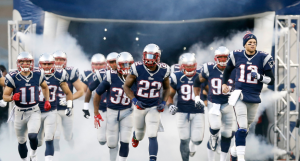 Are you ready for some football, Modern Philosophers?

The 2015 NFL Season kicks off tonight with a battle between the defending Super Bowl Champion New England Patriots and the Pittsburgh Steelers.

We are just one week removed from the Patriots’ Deflategate scandal, which led to new information surfacing on the team’s past Spygate scandal.

While football fans across the country are excited for the new season to begin, just as many people are curious to see what scandal the Patriots will next unleash on the NFL.

As luck would have it, Vegas odds makers have just announced the lines on potential names for the Brady Bunch’s next scandal.

Here are the current odds:

Patsgate/Patriotsgate (2-1):  You just know they are going to do something, but you can’t always rely on the pundits to come up with something witty.

That’s why Vegas is listing this simple and obvious offering as the favorite.

Investigate (7-1):  The Patriots use insider information to make millions of dollars investing in the stock market.  While white collar crime seems a little too high class for Bill Belichick and his goons, Brady is a pretty classy guy and isn’t his wife German?  Aren’t they always the bad guys in heist flicks that involve bearer bonds and robbing the stock market? 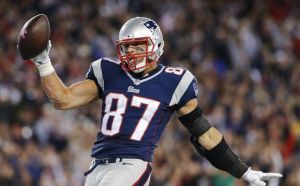 Gronkgate (10-1):  Rob Gronkowski isn’t one to shy away from the spotlight, and we all know that Patriots tight ends do have a reputation for scandal…

Plus, everyone loves alliteration and Gronkgate just rolls off the tongue rather nicely, doesn’t it?

Secessiongate (13-1):  Fed up with Commissioner Roger Goodell’s personal vendetta against his team, Patriots owner Robert Kraft decides to secede from the NFL and start his own league.  The Kraft Football League has no commissioner, no rules, and becomes the modern day version of the Wild West…with shoulder pads.

Hoodiegate (20-1):  It is revealed that Bill Belichick’s hoodies are actually Invisibility Cloaks, which he wears to sneak into opponents’ locker rooms, offices, hotels, and homes to steal game plans as well as items from the fridge and mini bar.

Rebategate (35-1):  The Patriots are accused of giving rebates on ticket prices, parking, and concessions to their fans, while making the fans of opposing teams pay the normal price on everything at Gillette Stadium.

Debategate (50-1):  The Patriots sneak into the campaign offices of the various Presidential candidates and steal their notes, talking points, and good luck charms right before each debate.

Hategate (75-1):  The Patriots, and Tom Brady in particular, are accused of hating some things.  Don’t be a hater!

Skategate (150-1):   After a game played in snowy, icy conditions at Gillette Stadium, the Patriots are accused of wearing ice skates to move better on the field and gain an unfair advantage over their opponent. 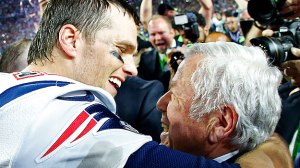 Nerfgate (275-1):  It is revealed that Tom Brady prefers using Nerf footballs, and that the Patriots have been using specially painted Nerf balls since 2013.  Not only that, but the balls are soaked in water on the sidelines to make them heavier.

Segregate (1,000 – 1): It finally comes out that the Patriots make their white players sit on one side of the locker room, while African American players sit on the other.  That one Asian guy has to use a closet down the hall.

Hobogate (5,000 – 1):  Roger Goodell goes undercover as a homeless man to catch the Patriots in their most devious act yet.  During weeks of home games, they allow homeless people to live in the visiting locker room all week, encouraging them to urinate and defecate in the lockers, while holding nightly fight clubs in the showers. 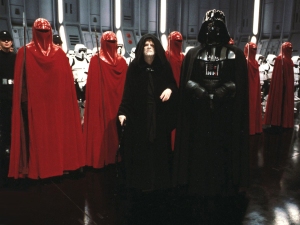 Darthgater (15,000 – 1):  A disturbance in The Force leads to the startling revelation that Belichick, Brady, and Kraft have all turned to the Dark Side.

The Patriots won all those Super Bowls by plotting with the Emperor, and we finally realize that Belichick’s hoodies are actually his Sith robes.

Which option on the list will you be betting on, Modern Philosophers?  Is there a better choice that Vegas failed to consider?  Do you think the Patriots can make it through an entire season without opening another “Gate”?