The Nite Show Is 5 And Fabulous!

I recently returned to The House on the Hill from a wonderful night at The Gracie Theatre, Modern Philosophers!

Tonight was the latest taping of The Nite Show With Danny Cashman, and it was also the show’s Fifth Anniversary!

It was a special night with plenty of special guests, and it was the longest taping I’ve ever attended.  But I didn’t mind that we were there late because it was the most fun I’ve ever had at The Nite Show.

I took so many photos and live tweeted the event, and I just wanted to share a few pics now to give you some idea of how we celebrated the show’s big milestone.

That special logo you see at the top of the page was printed on the tee shirts given out to everyone in attendance.  This is just another reason to join me at The Gracie Theatre: you get free stuff to go with your free night of entertainment!

Maine broadcasting legend George Hale was one of the many special guests in attendance to congratulate Danny on the show’s Fifth Anniversary.

Tom Morelli also showed up.  Alas, his pants did not.  This is the second time in the past six months that Tom has appeared without pants on The Nite Show.

I am going to take up a collection to buy the man some slacks!

It wouldn’t be a real party without a man in a gorilla suit, right?

There’s a story behind that, but I’ll leave you guessing about it for the time being.

Who’s that handsome guy sneaking in a selfie with the band?  He looks a lot like Timbo, the former Nite Show intern, who was dismissed from the show last year.

Is it possible that Danny has allowed Timbo back in honor of the show’s Anniversary?

The Nite Show has never won an Emmy Award, but Danny doesn’t let that stop him from trying to accumulate other major awards.

Tonight, one of the guests let him fondle his Grammy Award.  Lovingly.

Between shows, Brian Nadeau of The Jump City Jazz Band went down into the audience to talk to his fans. 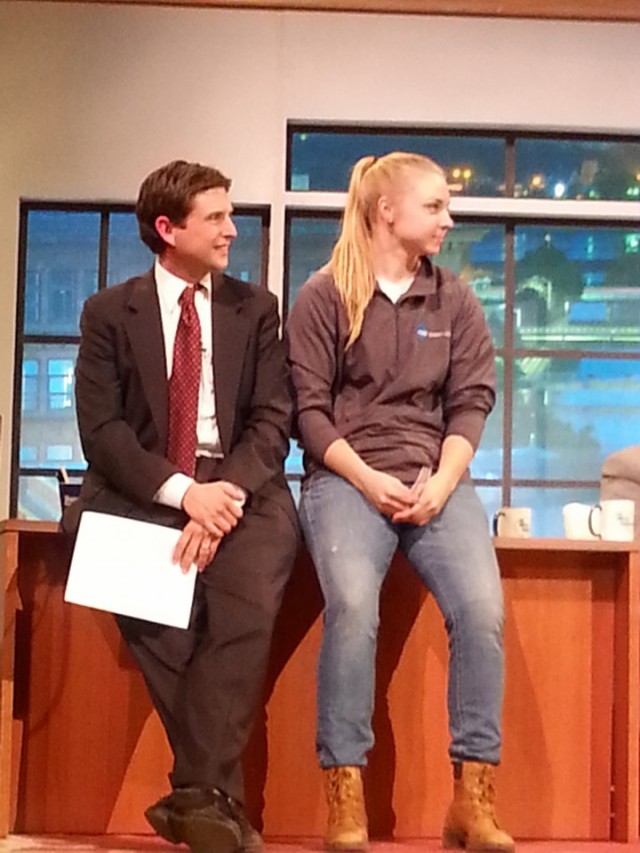 When you’re a big time basketball star like UMaine standout Liz Wood, Danny lets you sit on his desk.

He even comes out from behind his desk to sit on it with you.

And if you’re going to have a guy in a gorilla suit, then you definitely need four tuba players, a cake, and the WABI TV 5 News team.

Yes, that is basketball star and big time desk leaner Liz Wood armed with a tuba on the far left. Is there anything she can’t do???

Is that another cake?  I’m glad you asked, Modern Philosophers.

Did this writer get any cake tonight?

Danny, please make a note that the writers deserve cake, too.

Or else all future monologue jokes will be about how the writers never get cake. 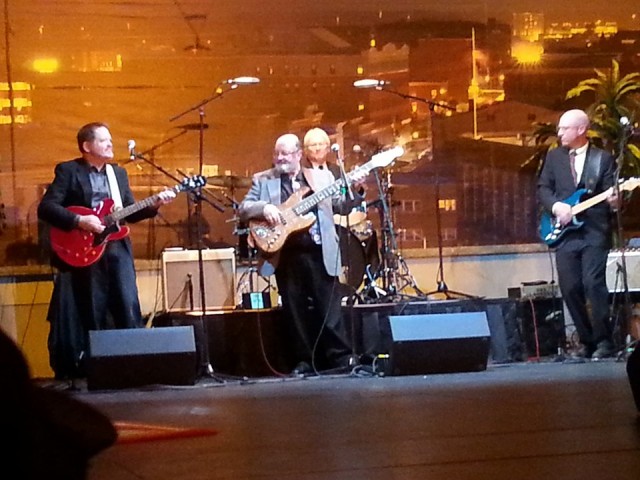 Alter Igor was the first band to ever appear on The Nite Show.

The guys returned tonight for the Anniversary Special.  They rocked the Gracie and even came back to do a little comedy bit later in the evening.

If Alter Igor wasn’t enough, there was rap.  From these two.

My ears are still ringing.

Eminem is not in any danger.

Unless, of course, he has to listen to Danny and Ric rap. 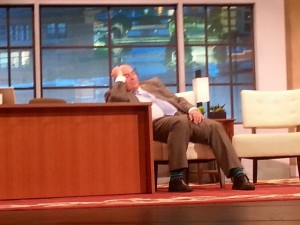 Joe Kennedy, the voice of The Nite Show and Danny’s loyal sidekick, clearly partied like a rock star.

Not a rapper, mind you, but an actual All-American rock star.

Like the wise man he is, Joe grabbed some downtime when he could so he could jump right back into the party when it was time.

The calm before the storm.

And by storm I mean gorillas, white rappers, tubas, cakes, and men with no pants.

What kind of umbrella can you buy to protect you from that? 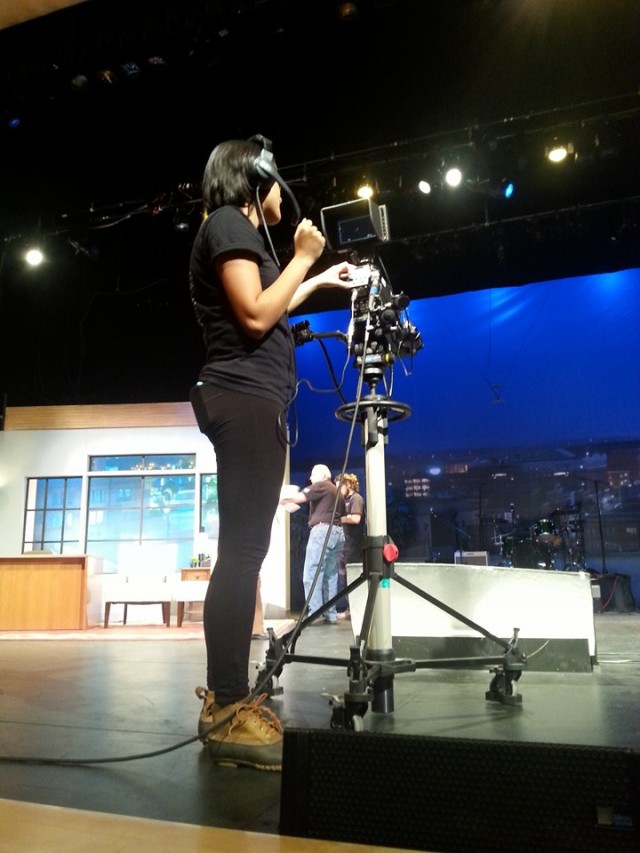 As always, the crew from NESCOM was absolutely amazing!  It’s hard to remember that these are just college students because they seem like seasoned professionals.

A big shout out to the talent behind the cameras!

And, yes, that talent behind the camera even includes the selfie obsessed writer, who spent the night getting the word out about The Nite Show via social media.

If you’re one Twitter, you can look for more photos under #TNS5.

It was a hell of a night, and I can’t wait to celebrate five more years!  Next time, you’ve all got to join me, Modern Philosophers.  You’re really missing a great time!

14 Responses to The Nite Show Is 5 And Fabulous!