Zombie Columbus Gets Lost On Its Way To Eat Your Brain 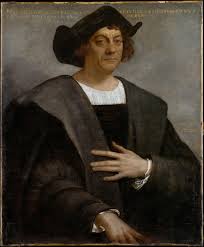 The All Hallows Society long ago took pity on poor Christopher Columbus, realized that the holiday named in his honor was becoming extinct, and decided to rescue it.

Now, Maine’s Columbus Day celebration might be the greatest in the country.

The most popular event is still the annual Columbus Corn Maze Competition, where the entrant who gets so lost in that maze that he or she is the last to finish is named that year’s Columbus.  It’s not exactly an honor anyone wants to earn, but somehow, every year someone gets so helplessly lost that a rescue team is sent into the maze.

It’s as if Columbus’ Ghost had possessed the eventual “winner” since that would be the only way to explain how a person could get so helplessly lost and still be celebrated!

To make Columbus Day 2015 one to remember forever, The All Hallows Society planned simultaneous parades in Portland and Bangor.

The theme was Zombie Columbus, which was both a tie in to last night’s Season Premiere of The Walking Dead and a salute to Maine’s Zombie population.

As you know, The Walking Dead only became a true television phenomenon after the show filmed a live episode in Maine two years ago, using actual Maine Zombies.  The ratings for that episode were the highest in the program’s storied history.

Some people say that cast members of the AMC series actually trudged along in the parade as Columbus Zombies, but no one from the show or from The All Hallows Society will confirm or deny the rumor. 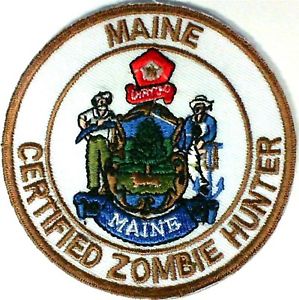 Members of the Maine Zombie Census Bureau and heavily armed Certified Maine Zombie Hunters lined to parade route to give the event a sense of authenticity.

Even though Zombies are a regular part of life in Maine, they very rarely get near a city as large as Portland or Bangor.  That’s because the Maine Department of Zombie Control keeps the herds out in the woods where they can’t cause any harm, and the tourists can safely snap a few photos of their near Zombie experience!

The Columbus Zombies looked a lot like regular Maine Zombies, but they had one very distinct trait to set them apart from the real deal…

They had absolutely no sense of direction!

Yes, Modern Philosophers, the big thrill of today’s Zombie Columbus Parade was the fact that, just like Columbus in 1492, the Zombies got lost.

Hundreds, maybe even thousands, of Mainers and Otherworldly Beings lined the parade route in both cities, expecting the Zombies to trudge through at a set time followed by floats of the Nina, Pinta, and Santa Maria.

What they got, instead, was the scare of a lifetime.

The Columbus Zombies “lost their way” and ended up surrounding the parade goers on all sides.  People were so caught off guard by the sneak attack, that they forget that they were at a parade, freaked out, and ran off screaming down the parade route, desperate to save themselves from becoming a part of the Zombie buffet.

Luckily, the Zombie Census Agents and Zombie Hunters were on hand to restore order and pass out bags of Halloween Candy to folks once they had settled down.

It might be Columbus Day on your calendars, Modern Philosophers, but in Maine, it is Halloween for the entire month.

Columbus certainly got his due today, but in the end, everyone on hand went home excited about Halloween being one day closer!