Scientists Baffled By Why Women Take Such Long Showers 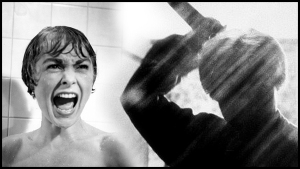 “I’ll need about an hour,” The Sweet Irish Girl called over her shoulder as she vanished into the bathroom.

“Okay, sweetie,” I mumbled until my sleepy brain had processed what she had actually said.  “Wait!  What?”

And with a click of the bathroom door lock, she was gone.

Had she really just informed me that it was going to require an hour to take a shower?  Did she understand that this was a process I’d just completed in about ten minutes in that very room with the exact same equipment?

Perhaps water pressure was different in Ireland.  Maybe this was another of her metrics versus normal American measurement issues.  Did an Irish hour equal sixty American minutes?  Or was an hour to the lass like fifteen minutes to me?

All I knew for certain was that I was starving, desperate to get to the restaurant before they stopped serving breakfast (all you can eat buffet…bacon for miles!!!), and sixty minutes of shower time would not only cause me to die of starvation, but it would also cause my water bill to skyrocket.

Of course, the water bill wouldn’t matter if I were dead from lack of nourishment.

So at least I had that going for me.

The fact remained that my Modern Philosopher’s brain had to understand why a girl shower took so much longer than a boy one.

After all, don’t guys have that extra part down there that needs to be cleaned? 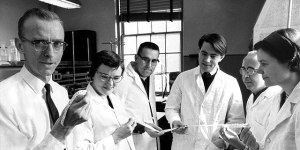 Anyone who reads this blog regularly knows that I keep a Team of Serious Looking Scientists on retainer to answer my scientific questions.

I sent the intern with the Popeye tattoo to fetch the lab coated nerds, and bring them to me at The House on the Hill.

Once they had arranged their beakers and lit their Bunsen burners, I tasked them with explaining why women needed more time in the shower than men.

As expected, the male scientists were completely useless.  One of them admitted, for a reason that completely escaped me, to having never seen a woman naked.

Luckily, the female scientists were able to offer some insight.

“Women take better care of their bodies, and see personal hygiene as an excuse to primp and make themselves look and smell amazing,” one scientist explained.

“Men are pigs,” a much more angry female scientists continued.  “They thinks that rubbing a bar of soap under their pits and then shampooing their hair constitutes a proper shower.  That’s why some of you never get to see us naked.”

The male scientist who made the odd confession bowed his head in shame.

“For a woman, a shower is a process.  It sets the tone for the day and allows her to present the best version of herself to the world,” the nice one added.

“Men are pigs,” the mean one snapped.  “They think that changing their underwear a couple of times a week is enough to make the ladies swoon.”

I looked over at the embarrassed male scientist, and he hung his head even lower and his cheeks blushed.

Damn.  That guy had issues.

I know I shouldn’t complain, Modern Philosophers.  One of the very first things I said to The Sweet Irish Girl upon her arrival was that she smelled so good.

It made the butterflies in my tummy flutter.

Sure, that very same stomach is now rumbling uncontrollably because it needs food, but a little hunger is a small price to pay to have a beautiful woman by my side all day.

One who smells so damn good and looks like she stepped out of a modelling shoot.

What is she getting in return?  An unshaven bacon craver, who thinks he’s dressed up because he put on a clean toga and applied some deodorant.

I most likely won’t get my bacon.  Besides, The Sweet Irish Girl refers to it as “rasher”.  Who taught them how to talk over on that side of the pond?

Male ones who took quick showers so they could go back to counting their gold coins. 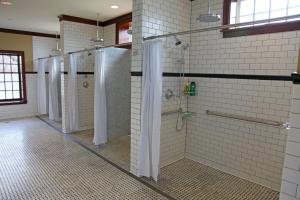 It’s been a long time since anyone else took a shower at The House on the Hill, Modern Philosophers, so I guess that’s why this discrepancy in shower times threw me so much.

You know what?  I really like having someone else running up the water bill and blasting her crazy Irish pop music while she makes herself gorgeous.

The House on the Hill has needed an infusion of life like this.  Truth be told, I’d happily wait more than an hour just for the privilege of getting to spend the rest of my day with The Sweet Irish Girl.

Plus, I got to spend that hour writing this blog post!

And, yes, Modern Philosophers, I’m very excited to watch the Notre Dame game with her later.  She’s already asked for a Notre Dame item to wear, and I don’t see how The Fighting Irish can possibly lose with a well showered Irish Lass cheering for them.

Now that I’ve figured out this shower issue, I’m going to focus my Deep Thoughts on helping that poor, pathetic scientist with female issues.

Native New Yorker who's fled to the quiet life in Maine. I write movies, root for the Yankees, and shovel lots of snow.
View all posts by Austin →
This entry was posted in Dating, Humor, Philosophy and tagged battle of the sexes, Humor, Modern Philosopher, personal hygiene, Relationships, sarcasm, satire, Science, scientific theory, showers, water. Bookmark the permalink.