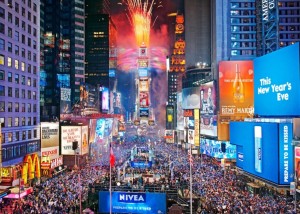 “Thanks again for your help today,” I said with a wink as I slapped my guest on the leg.

The Devil looked up from the Sunday paper and raised an eyebrow.  “I have no idea what you mean.”

The Devilish smile on his handsome face, however, betrayed him.

“There is no way the Jets win that game today without some…assistance from an outside source,” I explained delicately.  “Having the Patriots screw up on the coin toss like that was such an amazing touch.  It was perfect.”

“I’m not admitting to anything,” Lucifer informed me as he folded the newspaper and placed in on the table in front of him.  “However, if there was some mischief involved in a victory your beloved Jets needed so desperately, my guess is that it might have been related to your horrible Christmas.  Maybe the Fates thought you deserved a little bit of happiness to balance out things.”

We both chuckled at The Prince of Darkness’ attempt to cover up the fact that he had interceded on the Jets’ behalf this afternoon. 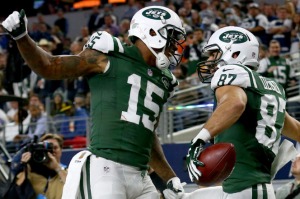 “Jesus’ birthday didn’t go well for me, so the competition jumped at a chance to turn my frown upside down?” I asked sarcastically.

He picked a piece of lint off his impeccably tailored suit, and then grabbed a Snapple from the cooler in front of the couch.

“Let’s just leave it that I’m grateful for any intervention that allowed the Jets to win today,” I said as I reached for a Snapple of my own.  “They might might need more help next Sunday, so I would like to keep my options open.”

“Next weekend is a new year, so maybe it means a whole new start for your Jets,” The Devil suggested.  “Speaking of a new year, have you come up with your New Year’s Resolutions yet?”

I made a weird noise, which was meant to convey what I thought of New Year’s Resolutions.  I can’t describe the sound, but it was clearly a negative one.

“New Year’s Resolutions are a waste of time,” I declared confidently and washed down my bold statement with a long sip of Snapple.  “They’re a list of lies you tell yourself and anyone willing to listen.  If you have to put it on a list, and swear you are going to do it once January comes up on the calendar again, you really have no intention of doing it.”

“There’s that New York cynicism I’ve heard so much about,” Lucifer observed with a smile.  “Happy New Year from Brooklyn.”

I gave the Prince of Darkness a dirty look because his supposed Brooklyn accent sounded much more like a Boston one.

“Maybe you should resolve to work on your New York accent, tough guy,” I quipped.

“Maybe you should be nicer if you want the Jets to win next weekend,” Satan replied.

He made an excellent point, and truth be told, his New York accent wasn’t that bad.  As a result, I resolved to be a little easier on my sharp dressed friend.

At least until the Jets’ season was over…