When I’m writing, I sometimes lose track of time, my surroundings, and pretty much anything else except for the story I’m putting down on the page.

That was how The Devil was able to sneak up behind me and check out my laptop over my shoulder.

It was only the overwhelming scent of his expensive cologne that snapped me out of my writing coma and back to the present day.

“I couldn’t help but notice your new screensaver,” he remarked once he knew he had my attention.

“And how would you have seen it since I’ve been writing furiously, thereby keeping the screensaver from ever needing to rescue a screen in peril?” I asked as I reached into the cooler and withdrew an ice cold Snapple.

Lucifer flashed me a Devilish grin as he strolled over to his usual spot at the opposite end of the couch.  He wore a blood red suit, which looked striking on him despite the hideous color, and picked an imaginary piece of lint off the shoulder before he replied.

“I might have noticed it earlier when you were in the bathroom and I peeked at your laptop because I am, after all, the embodiment of evil,” The Prince of Darkness confessed.

I had to give the Peeping Tom credit for coming clean.

“Yes, that is a photo of Melissa,” I rewarded him for his honesty with the truth.  “She sent it to me today in fact.”

Lucifer took a long sip of his iced tea and nodded. 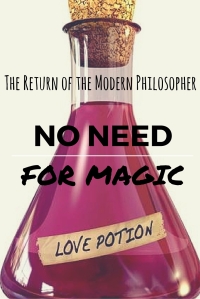 “It was nice of her to do that on Valentine’s Day,” he told me when he finally put down his Snapple.  “She is an incredibly attractive woman.”

I blushed for some reason.  It wasn’t like he was complimenting me, but I guess he was in a way.

“Thanks,” was all I could think to say.

“A little out of your league, wouldn’t you say?” Satan poked me with a question that he was sure was going to get an impassioned response.  “I checked my records, and could find no listing of your ever making a deal with me…”

“Hardy har,” I cut him off before he could insult me any further.  “I don’t believe that nonsense that anyone is ever out of any league.  Looks aren’t everything, and I’m living proof of that, smart guy.”

“You might not have made a deal with me to win that Sweet Irish Girl’s heart, but you could have asked your Witch friends to brew up a love potion,” The Devil persisted.  “Your pal Waltzing Matilda is infamous for creating Love Potion #8, and my guess is that it took something even stronger to make Melissa fall for you.”

“Are you serious with this love potion and deal with you theory as the only ways that would result in Melissa’s being my girlfriend?” I asked rather defensively.  “If it is, we’re going to have a problem.”

I said that in my best tough guy voice while looking past my guest and at his pitchfork, which leaned up against the wall in the corner.  I prayed to Lucifer’s competition that I would not end up impaled on it before the day was through.

“You’ve got some sack, Toga Boy,” The Prince of Darkness informed me with a smile.  “I was only busting your chops.  It’s Valentine’s Day, your girlfriend is on the other side of the ocean, and I thought getting all manly in her defense might improve your mood.”

I looked at him like he was crazy, but then I realized that the reasoning he just used made perfect sense for him.

“Thanks…I guess,” I responded with a shrug.

“To clear up your confusion, there are leagues and some people definitely never get to play in some of them,” Satan explained in a matter of fact tone.  “I know this because I created them, I push people to play way over their heads, and then I relieve them of their eternal souls in exchange for allowing them to get on the same playing field as the object of their misguided affections.”

“You really are a plague against mankind,” I commented.

“Thank you,” The Devil sighed and then batted his eyelashes.  “That’s the sweetest thing anyone’s ever said to me on Valentine’s Day.”

There was no way to respond to that, so I just sipped my Snapple and stared at my screensaver of the Most Beautiful Woman in the World…

6 Responses to Bedeviled By Love