How To Make Yourself More Enticing For Alien Abduction

Many of you have mentioned, Modern Philosophers, that you are jealous of my getting to travel across the galaxy in the Mothership that is home to Maine’s Alien population.

While I don’t get to race among the stars that often, I do enjoy space travel, and wish that you could all join me the next time my Alien friends take me for a joyride.

Since I probably would be pushing my luck if I asked to bring 15,000 friends along for the ride, I thought I would do the next best thing.

The best way to go for a ride on a UFO if you are not close personal friends with the Mothership’s Commander, is to be abducted by the type of Aliens who like to study and experiment on humans.

Sure, the probing might be uncomfortable, but what better way to prepare for that colonoscopy that’s waiting for us all at age 50?

The Aliens I associate with are not of the abducting and probing variety, but they were able to arrange for me to meet with a pair of that ilk so I could get you some tips on what they’re looking for when they search for test subjects.

Please don’t be jealous that this meeting took place on the Mothership as it orbited Jupiter.  The Aliens identified themselves as Zack and Martha, but I’m pretty sure those were not their real names.

Here are some tips for being a more enticing target of an Alien abduction:

Be quirky and interesting.  Apparently, nothing bores Alien abductors more than a straight laced, boring human.  That’s why they never abduct Republicans.  If they are going to spend endless hours studying you, they want to be entertained.  Have a weird hobby, talk in a funny accent, maybe try some wild facial hair.

Be a good storyteller.  Per Zack, they really want their abductees to spread the word about their experience once it’s over.  They want the UFO Fanatics searching the night sky, they want the Conspiracy Theorists thinking that an Alien invasion is imminent, and they want the Government on high alert.  According to Martha, they derive great pleasure from feeling like celebrities, so be ready to craft an incredible yarn about your experience.

Don’t be a fighter.  While they don’t exactly ask you to sign a consent form, Alien abductors prefer it if you just stayed still on the slab and allowed them to conduct their experiments.  If you’re going to fight them every step of the way, they will not hesitate to abandon you naked in the middle of a desert.

Have an interesting genetic make up.  These guys are scientists at heart, so they want to discover new and interesting things about the human race.  Martha admits that albinos really excite her, and if you’ve got a rare blood disorder, or a little something sketchy going on in the family tree, you will shoot to the top of the list.

Be a crazy dreamer.  Zack refused to go into details, but his lab has a device that allows them to watch our dreams projected onto a big screen while they are going on in our minds.  Aliens are addicted to this technology, so crazy dreamers get kept longer and are abducted repeatedly.  Do what you must to make your dreams Alien Oscar worthy!

Be on top of your personal hygiene.  Nothing will get you put on the top of the Do Not Abduct List faster than poor hygiene.  Aliens are obsessed with cleanliness, they don’t like acne, hairy female legs freak them out, and farting on board the spacecraft will get you ejected over an ocean.  If you want to ride in a UFO, clean up your act! 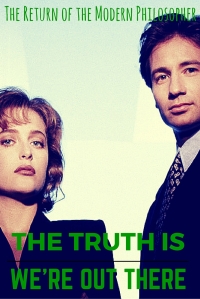 Know your Science Fiction.  Aliens are obsessed with Hollywood’s take on science.  If you are a Star Wars Geek, Trekkie, or know for certain that the truth is out there, your abductors are going to talk your ear off.  Sure, they might do it while hooking you up to strange machines that make you feel like you’re being born and giving birth at the same time, but at least you’ll be talking about some awesome movies and TV shows while it’s happening.

Zack and Martha informed me that late Spring and early Summer are their favorite times to go abducting, as they prefer it when they have to peel away less layers of clothing to get at their subjects.

Good luck to all of you hoping to be abducted by Aliens this year.  Just follow the tips in this post, and you will increase your changes exponentially.

Also, feel free to write in the comments section that you are willing to be abducted.  Zack and Martha promised to monitor the comments for fresh blood!