It was twenty years ago today, Modern Philosophers, that Sgt. Pepper taught the band to play…

Okay, this isn’t a post about The Beatles, but there could very well be a Lonely Hearts Club involved.

Twenty years ago today, I stood at the altar of a strange church in upstate New York and swore before God, the Priest, my friends and loved ones, that I would love and cherish J until death finally parted us.

So why is it then, Modern Philosophers, that two decades later, I’m sitting alone on the front porch of The House on the Hill thinking about how much I love and miss The Sweet Irish Girl?

I guess a lot can change in twenty years. 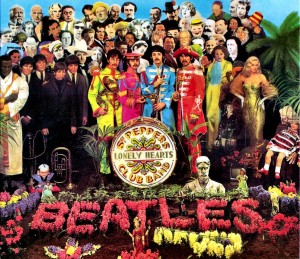 J and I were college sweethearts.  I fell in love with her when I was 18, and she was my first serious girlfriend.

As impossible as it might be to believe, Modern Philosophers, I was quite the geek and not at all good with the ladies when I arrived at NYU many years ago.

While not much has changed over time, I have a lot more experience with relationships under my toga, and I’m not as clueless about love as I once was.

I knew after graduation that I wanted to marry J, but I was in no rush to take that plunge.  Remember, I’ve never been a good swimmer, and while J had been on the swim team at NYU, I wasn’t positive that diving into the deep end of marriage was the safest bet. 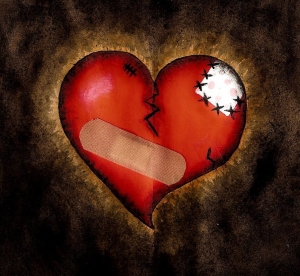 We waited until we were 26 to get married.  We’d already been together for eight years, and although we’d had some trying times, we always ended up back together.

Sure, it made me nervous when, during a heated argument, J would take off her engagement ring and hurl it at me, but she always put it back on again.

I took that as a sign that it was true love and we were meant to be.  After all, wasn’t love about working together through the difficult times?  Wasn’t that very concept covered in the wedding vows?

Sometimes, when we were fighting, I’d try to imagine what I would be like if we weren’t together anymore, and the mere thought of that would bring me to tears.

For better or worse, this was the woman I loved. 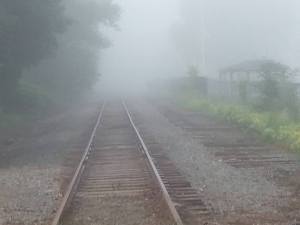 I had no idea what the future held, but twenty years ago today, when I recited my wedding vows, I meant what I said.  The only thing I wanted to end my marriage was death.

Divorce was never an option for me.  J and I had weathered some tough times, and we had gotten through them and made it to the altar.

Me in my sharp suit, and J in her little white dress.

She really did look beautiful, and twenty years ago today, I thought myself to be the luckiest man alive. 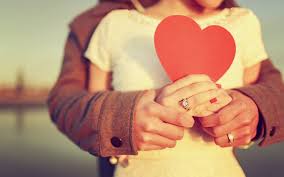 It took me a very long time to recover from my divorce.  You might even say I’m still getting over it.

I’m not supposed to be alone right now.  We should be celebrating our twentieth anniversary, reminiscing about our love, and wondering if the kids even remembered it was our special day.

I’ve always thought of my divorce as J’s lying about her wedding vows.  She promised to stick with me no matter what, just like I’d promised to do.

Of course there were times during our marriage when life was not good, but I honestly took my wedding vows to heart and remembered that I’d given my word I would stand by J’s side even when things were at their worst.

It never once crossed my mind that we needed to end our marriage. 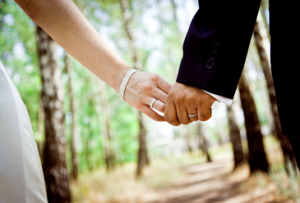 I swore off marriage as a lark, a joke, a lie after my divorce.

Wedding vows meant nothing if they could be broken so easily.

They were lies that no longer held any legitimacy with me.

Yes, I did give marriage some thought when I was with Rachel.  I loved her very much, but it wasn’t something I pondered too often.

The Sweet Irish Girl, well, she was the one who finally melted my heart and made me realize that marriage was still something I longed for.

When we would talk about getting married, having kiddos, and spending the rest of our lives together, a warm feeling washed over me that made me realize a promise of forever still had meaning for me.

Twenty years ago today, I thought I’d found my forever someone.

Now I know that forever lasts only as long as the person promising it to you is willing to allow it to exist.

6 Responses to Little White (Dress) Lies Hurt The Most