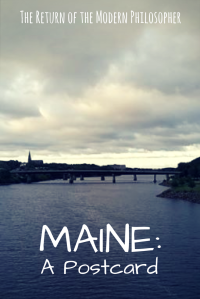 It has been a long, trying week, Modern Philosophers, so I needed to change it up a little tonight in an attempt to shake me out of my funk.

Rather than wandering around the neighborhood along my usual route on my after dinner walk, I decided to cross the bridge into Bangor.  An artist friend had some work on display downtown, and I wanted to give her my support.

It was a gorgeous night that reminded me just how lucky I am to live in Maine.  Since most of you don’t have the pleasure of calling Maine home, I took a few pictures for you.  Try not to get too jealous… 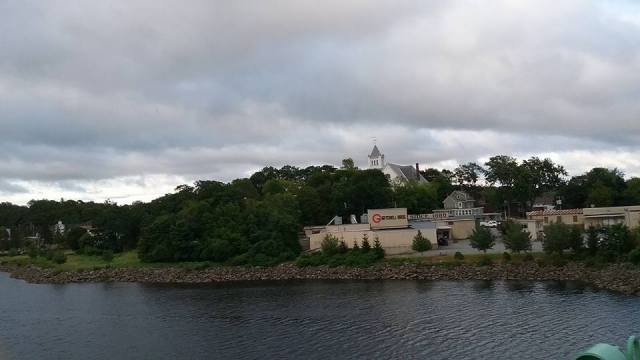 The storm clouds gathering over my side of the river summed up my day perfectly.

I couldn’t even make it to work without the stress clouds gathering.  I had just exited the highway and survived a long wait at the red light.  Everything seemed to be going well until my car decided to just stop.

In the middle of traffic.

As I was driving.

It did not die on me while idling.  It just stopped while I was going 30 mph down a busy road.  Luckily, I was able to glide downhill and into a parking lot without getting rear ended.  The engine roared to life immediately when I turned the key, but I was done.

What if it had died five minutes earlier when I was going 65mph on the highway? 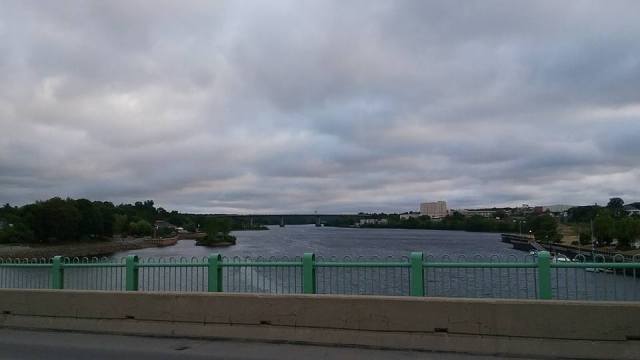 I was just around the corner from my office, so I anxiously steered towards the safety of the parking lot.

I made it to the lot, but the car died again.  This time, as I was turning into the row to find a spot.

At that point, I wanted to just get out and leave it there.

But I coaxed it to life one more time, eased it into a spot, and stepped out of my car for what very well could be the final time.

I called my mechanic, who had been sure he’d solved the problem.  He was as befuddled as I was upset.

I called AAA and had them tow the car to the garage.  I did not accompany it since I was so frustrated and didn’t want to miss work.

Even if Eric is able to bring back Zombie Car from the dead one more time, I honestly do not think I could ever get behind the wheel again.

How could I feel safe driving a car that could die at any moment? 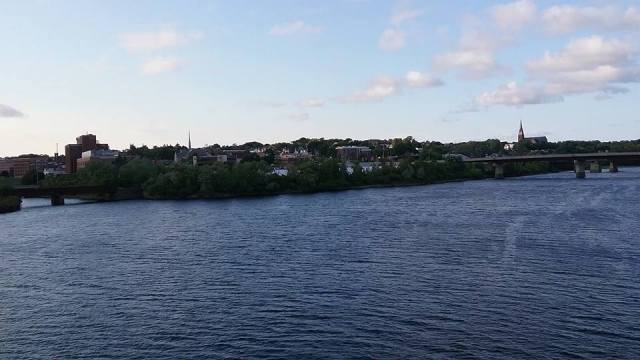 I’m a big believer in signs and fate, so it’s hard not to see this as a very clear message from a higher power.

It’s time to put Zombie Car to rest.  It’s 25 years old and has served me well.

As Eric put it this afternoon, “Sometimes, a car just can’t go anymore”.

I think I’m supposed to get a new car.  How much louder and clearer does the message need to be?

Tomorrow, I am going to the Toyota dealership to look at a RAV4.  Hopefully, I will drive home in a new car.

As I walked home from my journey across the bridge, I cut down the street where my mechanic’s garage is.

Zombie Car was parked there.  I felt sad.  Like I was losing a dear member of the family.

But I know this is actually a giant step forward.  It’s been a good run, but Zombie Car clearly has nothing left in the tank.  And my nerves are shot from all the stress.

It was a nice walk tonight.  I was able to came to terms with the fact that it’s time for a change.  And the view was just breathtaking…

Native New Yorker who's fled to the quiet life in Maine. I write movies, root for the Yankees, and shovel lots of snow.
View all posts by Austin →
This entry was posted in Humor and tagged Bangor, car problems, dealing with stress, Fitness, Maine, Modern Philosopher, photography, sarcasm, satire, Summer, walking. Bookmark the permalink.

15 Responses to Maine: A Beautiful Postcard