So Close And Yet So Screwed 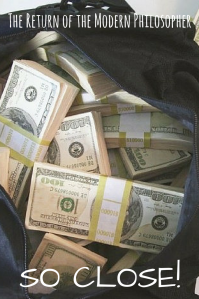 I was so proud of myself today, Modern Philosophers, because I thought I’d come up with a creative solution to the issue of my rising healthcare costs.

Come to think of it, I was also patting myself on the back for not stressing out over the issue like I normally would.  I’ve decided to not dwell on it right now, and convinced myself that it will all work out for the best.

And it almost did.

To recap, we found out on Monday that the cost of our medical insurance was going to skyrocket in 2018.

I am lucky enough to be on the cheapest plan, and rarely go to the doctor, so I actually considered dropping the insurance altogether.

Unfortunately, the stupid penalty for not having insurance makes that a non-option.

Plus, with my horrible luck, I’d probably contract seven deadly diseases the day after my coverage lapsed.

My current plan includes a Health Savings Account, and since I don’t go to the doctor that much, I’ve built up a nice little nest egg.  Next year’s plan includes double the contribution to my HSA from my employer.

The only thing is, I can’t spend that money unless it’s on a medically related expense. 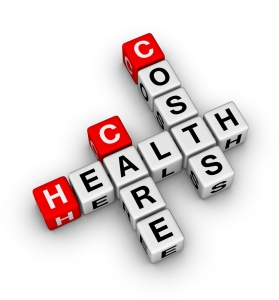 So I’ve got money, but that doesn’t help me next year when my paycheck takes a hit after the insurance premium is deducted.

Then I had an idea this morning.  What if I could use the money in my Health Savings Account to pay my company, in advance, for next year’s medical insurance?

Then my paycheck would remain the same, and I’d finally be using that HSA money.

I excitedly called our contact in HR who deals with the insurance benefits.

She quickly told me I would not be able to pay the company for my premiums, but she did think I could write a check out of the Health Savings Account to reimburse myself for the cost of my coverage.

She said she would investigate and get back to me.

I’m working on being more positive, and this news put me in a very good place.  I was sure all was going to be well.  I was relieved.  One less thing to stress about in the new year.

Everything was going to work out just like I told myself it would.

My unicorn threw me, and I slammed my head hard against a nearby rainbow.

That’s going to leave a mark.

The HR lady called back to say she had been wrong.  I could not use my HSA to pay for my insurance premium. 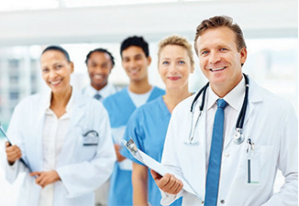 She tried to make me feel better by reminding me I’d have so much more money in my House Savings Account next year.  And I was so despondent that I replied, “So what you’re saying is that I should hope I get sick so I can spend the money?”

She was not expecting that answer, and quickly apologized.

When I asked her who she had asked about this issue, in case I wanted to get a second opinion, she told me she had spoken to the IRS.

Damn Feds.  If they’re not trying to take away my healthcare, they’re making sure I can’t pay for it…

11 Responses to So Close And Yet So Screwed