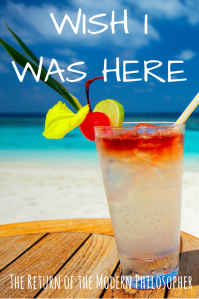 Where the hell is this global warming I’m always hearing about, Modern Philosophers?

Please don’t start sending hate mail to the blog.  I’m not wishing for anything bad to happen to the environment.

I’m just tired of the Arctic temperatures I’ve been shivering through for the past week, and wondering when it’s ever going to be warm again.

Since Tuesday, the low temperature in Maine has been well below zero on a daily basis.  That’s without factoring in the windchill.

This morning, it was -13 degrees when I woke up.  It was so damn cold I was certain I had been kidnapped in my sleep and taken to the North Pole.

There was no sign of Santa, elves, or reindeer, though.  Just lots of snow and the sound of the wind rattling the windows.

I was still home.

This string of extreme weather isn’t supposed to be broken until Wednesday, but then I see more negative temperatures are expected for the weekend.

It’s a nightmare so frightening and frigid that Freddy Krueger won’t go anywhere near it.

I don’t like life in the freezer section for a number of reasons.

I’m worried that the pipes are going to freeze, which has happened numerous times over the years at The House on the Hill.

As a result, I am forever playing a game of icy Russian roulette with the kitchen sink.  When should I turn on the water and leave it running at a slight drip to ensure that the pipes don’t freeze?

The other night, I got all crazy and waited until it was three below before I let the water flow.  Don’t ever tell me I don’t have a wild side!

While I’m not happy about the chances of a higher water bill, I know that’s better than having no water at all.  Or worse yet, having the pipes explode. 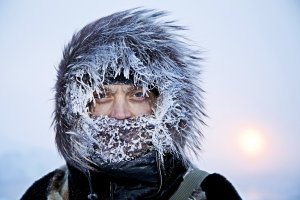 I also don’t like leaving the house when The New Ice Age comes.  This morning, I kept waiting for the mercury to rise above zero just so I could go for a quick run.  I finally caved at 10:30 and went out when it was two below.  Luckily, I survived.

Yesterday, my friend texted to see if I wanted to go to the gym.

I was like, “As in going outside in my car when it’s this cold?  No thanks!”.

Yes, I have a new car, which has been a godsend in this weather, but I still don’t want to risk leaving it parked outside when it’s fifteen below.  I don’t know when its battery will just say “Screw this!” and refuse to start.

I’d much rather leave the RAV4 parked in my garage with its blanket across the hood to keep it warm and cozy.

To be honest, I just don’t want to go out in the cold.  It’s depressing.  It’s stressful.  The mere thought of it sucks all the life out of me.

It’s the holidays, and the last thing I want to do is the leave the comfort of my home to be social.  I’m not trying to be a Scrooge, a Grinch, or whatever you call someone who blows off New Year’s.  I just don’t want to freeze to death and have my body be found, encased in ice, thousands of years from now by the mutant race that survives the great nuclear war. 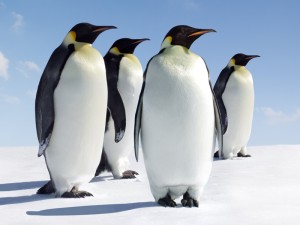 Something else I don’t like about this weather is the penguins.

They are all over the place now.

Everywhere you go, there are packs of penguins.  Just waddling along.  Slow as hell.  Blocking traffic and annoying the hell out of everyone with their weird penguin noises.  Go away, penguins!

You know when people tell you to stick something where the sun don’t shine?  Well, apparently, Maine is that place.

I hope our big, bright, yellow sun returns soon to heat up the place a little, scare off the penguins, and allow me to regain my superpowers.

I don’t like being a crabby, shivering, winter hermit, but the current weather situation leaves me absolutely no choice.

I’ve got to go.  There’s a pack of penguins on my porch, and if I don’t shoo them away now, they’ll never leave…

What do you do to fight off the frigid winter blues?  Anyone know how to get penguins stains out of clothing?

Native New Yorker who's fled to the quiet life in Maine. I write movies, root for the Yankees, and shovel lots of snow.
View all posts by Austin →
This entry was posted in Humor and tagged Arctic blast, global warming, Humor, Maine, Modern Philosopher, penguins, records low temperatures, sarcasm, satire, Subzero Temperatures, when will it get warmer. Bookmark the permalink.

5 Responses to Does Amazon Offer Free Shipping On Global Warming?