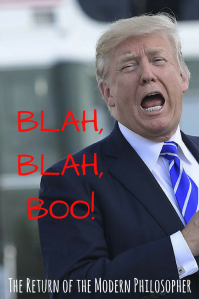 I was talking to a coworker today, Modern Philosophers, and asked her how she was enjoying President’s Day.

And that’s the first problem right there.

I was at work on President’s Day.

Remember when President’s Day was a national holiday?  Hell, when I was in grammar school, we’d get the whole week off to celebrate of great leaders.

I guess now that we have such a lame ass President, no one really wants to party on the holiday that salutes the 45 men who’ve sat in the Oval Office.

Anyway, back to my story.  My coworker, in turn, asked me how my President’s Day was, and I told her I was so bummed about the holiday that I didn’t even dress up like Grover Cleveland as I usually do.

After all, it’s not really President’s Day if you’re not honoring the only man to get elected to non-consecutive terms as our Commander in Chief.

Let me point out here that President Trump didn’t even get elected once.  The Electoral College hung the Orange Albatross around the nation’s neck, and now we must bear the weight of that horror for at least two more President’s Days.

Let’s cleanse our mental pallet by admiring this nifty photo of Grover Cleveland.. 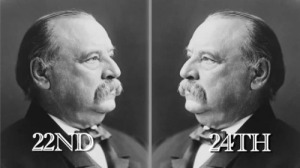 I’m afraid to even look at my Twitter feed.  Why do I have this sickening feeling that Trump is all over Twitter tweeting about how he is the greatest President ever, that today is the holiday created specifically to honor him, and that no other President ever had a higher President’s Day approval rating than he does?

I mean, it is a Federal holiday, right?  So the President has the day off to watch Fox and Friends, play on Twitter, and see what other trouble he can get into before someone sends him to bed with his cheeseburger.

You know how I think patriotic Americans should be spending President’s Day?

They should read up on How to Impeach the President.  After all, once Trump gets impeached, it will probably become a regular part of American History class.

Hell, I was even giddy about the holiday back when the Bush Boys and Wild Bill Clinton were making us roll our eyes and realize that none of them would ever be chiseled into a mountain or smiling at us from our currency. 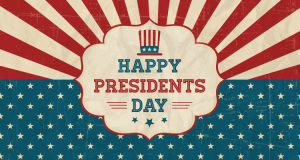 But things are so much different with Trump behind the wheel.  I’m always deathly afraid that he’s going to send the car speeding off the edge of a cliff, or crashing into the side of the sketchiest strip club he can find.

I’d love to make America great again, and I think the quickest way to do that is by celebrating our 46th President next President’s Day.

Unless, of course, it’s Mike Pence.  If that’s the case, then be prepared for an even more despondent post the next time this holiday comes up on the calendar…

Native New Yorker who's fled to the quiet life in Maine. I write movies, root for the Yankees, and shovel lots of snow.
View all posts by Austin →
This entry was posted in Holidays, Politics and tagged Donald Trump, Grover Cleveland, how to impeach the President, Humor, I didn't vote for Trump, Modern Philosopher, Politics, President's Day, sarcasm, satire. Bookmark the permalink.