I’ve never really been one to speak up and fight for what’s important to me, Modern Philosophers.

I was actually raised in a household where my stepmother preached the philosophy of “Children should be seen and not heard”.

As a result, I grew up a shy and introverted child.  I always had big ideas, but I rarely verbalized them, out of fear of being punished.

That has carried over into adulthood and is a major character flaw, which haunts me to this day.

I know my writing career has been hampered by the fact that I am not good at self-promotion.  I’m sure dating would be much easier if I were better at saying what was on my mind to someone to whom I was attracted.

I did try to speak up about something important to me last year, and I got into a lot of trouble for it.  As a result, I crawled back under my rock and kept to myself.

Obviously, that did not help.  You can’t expect the world to change for you.  The people holding you back aren’t going to change anything because the status quo is working in their favor.

You’ve got to raise your voice and demand change.

When I finally got up the courage again, I made sure I targeted the proper audience.  There’s no point in raising your voice if the right people aren’t hearing your message.

It has definitely helped.  I feel like I am more in control of my future.  I know that I have a say in how my life is going to be.

And I encourage others to raise their voices as well.

There’s power in numbers, and we can see how those who have broken the silence have affected change in the world. 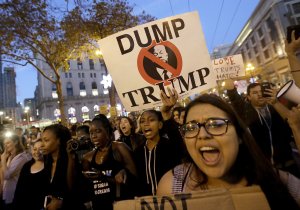 Teenagers in Florida are going toe to toe with politicians, and proving that children should be seen and have a right to be heard.

Women across the country have brought down powerful men, who thought it was their right to prey on the opposite sex at will.

Don’t think that you don’t have a right to raise your voice simply because your issue isn’t getting media coverage on a national stage.

If it is important to you, then it is worth the fight.  Never think that you aren’t significant enough to raise your voice.

The First Amendment was written to protect every American, not just the rich, powerful, and camera ready.

Just the other day, a friend who has kept her voice silent and her issue bottled up inside her, finally decided to raise her voice.

I was so proud of her.

The world is a better place when people are confident enough to fight for their beliefs. 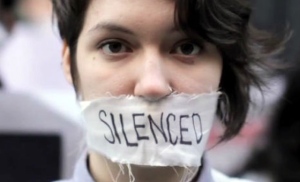 Do not let fear of reprisal keep you quiet.

Your reticence gives more power to those intimidating you into silence.

Sadly, raising your voice and fighting for your rights does not guarantee you will get the outcome you desire.

But staying silent almost always means that you will not see the change you deserve.

Change does not happen quietly…

Native New Yorker who's fled to the quiet life in Maine. I write movies, root for the Yankees, and shovel lots of snow.
View all posts by Austin →
This entry was posted in Humor, Philosophy, Politics and tagged activism, change the world, fight for your beliefs, First Amendment, freedom of speech, initiate change, Modern Philosopher, Philosophy, protest, Raise your voice, speak your mind. Bookmark the permalink.

20 Responses to Raise Your Voice!