Trump Is Leading Cause Of Depression In Americans 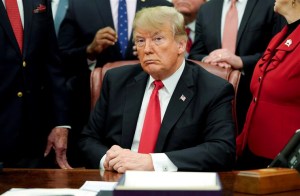 According to a new report, President Trump is now the leading cause of depression in Americans, Modern Philosophers

The study, released by the Department Utilizing Statistics and Tables (DUST), revealed that Trump caused depression in more Americans than the next four items on the list combined.

Here is the rest of the Top 5:

3. Realizing that you are trapped in a dead end job because of your finances.

4. Listening to someone from an older generation tell stories about the good old days.

5. Watching an episode of This Is Us.

The White House has yet to release a statement about the study, but anonymous sources have revealed that President Trump was ecstatic to top the list.

He was even heard to say, “Obama was never number one on that list!”

Experts have put together a list of suggestions for coping with Trump Induced Depression (ICD-10 code pending), and I wanted to share some of those with you. 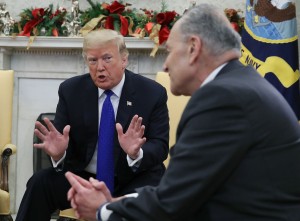 Stop watching the news, reading the paper, and using social media.  This one is going to be difficult because President Trump is everywhere.  If he’s not tweeting his angriest thoughts at us, there are endless news reports about what he’s done now to screw over the nation.

I’ve stopped watching the news and reading the paper, choosing to get my daily dose of the news from Stephen Colbert’s nightly monologue.  It’s the same information, but at least I can laugh on the outside while crying on the inside.

Move to another country.  This is probably the best way to avoid Depression a la Trump.  If he’s no longer your President, you might be able to laugh at what he does, rather than worrying about how his actions will destroy your life and the nation you love.  Added bonus: you might find a way better job and improve your finances.

Read up on the Impeachment process.  The more you know about how Impeachment works, the more hope you’ll have that Trump won’t be around long enough to have any permanent effects on your mental health.

Talk to someone.  It always helps to open up and unburden yourself of stress.  You might try speaking to your Senator or Congressman about how much you’d like for President Trump to be impeached.

Experts do not suggest medications for this type of depression because chances are President Trump has already made cuts to your healthcare, and you won’t be able to afford the medications.  That then brings up item #2, and maybe even #3 on the list.

These same experts also point out that Trump won’t be President forever, and as impossible as it might seem at the moment, something will eventually come up that depresses us even more than he does.

So as we head into the new year, try to stay positive and keep in mind that it brings us even closer to the next Presidential Election.  A new year means new hope.

Native New Yorker who's fled to the quiet life in Maine. I write movies, root for the Yankees, and shovel lots of snow.
View all posts by Austin →
This entry was posted in Humor, Politics and tagged depression, Donald Trump, Humor, Impeach Trump, mental health, Modern Philosopher, Politics, sarcasm, satire. Bookmark the permalink.

20 Responses to Trump Is Leading Cause Of Depression In Americans