New Year’s Day is just around the corner, Modern Philosophers, so I thought I’d do one of those Year in Review posts to sum up the year that was 2018.

But then I quickly realized that 2018 wasn’t exactly a stellar year at The House on the Hill, so this will probably be a pretty short post.

No movies in production.

No job offers of any sort in the writing field.

Since that would be a post of a mere 75 words, and because the annoying interns refused to let me publish something so negative, I am now going to test my creative writing skills and try to make 2018 sound better.

Or at least not a complete waste of 365 days. 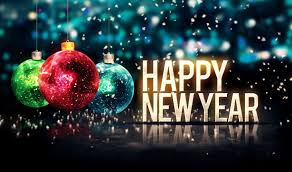 Without a doubt, the best event of this otherwise forgetful year occurred in July.  That was when I adopted Cleopatra and Cassiopeia, two kitties who desperately needed a home.

I was hesitant about opening my home and heart again after Luna’s passing, but I’m so glad I decided to bring those little monsters to The House on the Hill.

Sure, it’s been a bit of a headache as Cleo is a real handful and doesn’t get along well with Cali, but we are making it work.  As I’m typing this, Cleo is doing wind sprints up and down the staircase, Cassie is curled up next to me on the couch, and Cali is sleeping peacefully on my bed.

The extra excitement is welcome as I lead a pretty boring life, and all three of them really seem to like me.

I’ve managed to maintain my five day a week running schedule, and even though I don’t seem to be losing weight anymore, I’m no longer a fat, out of shape lump.

I also won two Wellness competitions on the Virgin Pulse app, beating out at least two hundred competitors each time.

While I’m extremely frustrated that I don’t seem to be making any progress with my writing career, I am excited that I’ve written three episodes of a TV series based upon my time at college.  This is a project that definitely has major potential, and I’m not going to be discouraged simply because I can’t get anyone in the biz to read it at this point.

My blog got its one millionth hit this summer, so that’s something memorable.

I did go on a couple of dates this year, and the interns insist that is progress.  I see it as a continued failure on my part to find that special someone, but if I keep arguing with the interns, they will never drop the subject.

So I think you can see why 2018 will never make my list of Top 10 Years of My Life, but I suppose it wasn’t as horrible as I’d believed when I sat down to write this post.

The one good thing about a crappy year, is that it increases the odds of the new year being better.  Silver linings!

2019 better be better because I want to write a much more positive post a year from now.