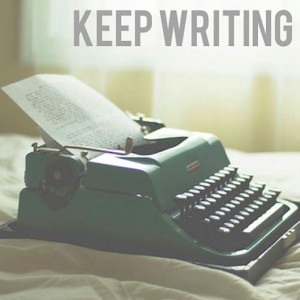 One of my other writing projects has demanded my full attention, and I’m not one to ignore the call of a story that needs to be told.

Remember that TV series I was creating about my time in college?  Well, I haven’t had much to report lately, and the writing of new episodes was put on the back burner.

A few weeks ago, however, the project went back to front and center status.

There’s really not much I can report at this time, but my producer did ask me to come up with a 10 episode season that could wrap up the story in a satisfying manner should the series just go a season.

Of course, I immediately said I would write a conclusion that would not only make audiences happy, but would also open up story lines for a second season.

After all, I went to college for four years, so I’ve got many stories to tell, and I certainly can’t tell them all in just 10 episodes.

However, having that 10 episode limitation has really helped my creative process.  I had to decide which stories needed to be told immediately, and which ones could wait for a second season pick up.

My timelines became less fluid and much more fixed.

Characters that were being slowly introduced suddenly had to be developed pronto.  New characters would have to wait until next season.  Adding new locations would also be put on hold.

I had completely outlined Episode 4, and even started writing it, but had to scrap the pages  and rework the outline to reflect the new timeline.

All the while, I was constantly jotting down notes for story ideas that had to make the Season 1 cut.  The characters were with me wherever I went.  Entire runs were spent plotting out scenes.  I’d wake up in the middle of the night and scribble down ideas that had come to me in a dream.  Songs on the radio inspired story ideas.

I started over on Episode 4 last Saturday, and worked on it every day this week.  Even after a long, trying day at my non-writing job, I’d come home and work on the script.

I posted something on Facebook one night this week about how my Muse had moved into The House on the Hill and planned to stay awhile.

I’m a big fan of signs and fate, so it wasn’t lost on me that this week, a friend posted some old newspaper articles about our high school’s basketball team making a run at the state championship during our senior year.

Episode 4 focuses on my college friend’s basketball career, and a major plot point is how he led our high school basketball team to the state championship our senior year.

It was as if my Muse had asked the Fates to keep me super inspired.

Today, I finished Episode 4, proofread it, and sent it off to my producer.  It only took me eight days to write the entire script, and that process would have gone even quicker if I didn’t have to spend 40 hours at another job.

Episode 5 is pretty much completely outlined, but I will finalize that tomorrow and get to work on the script.  Outlines for Episodes 6 and 7 are already in the works, and the basic plots of Episodes 8 and 9 are clear in my head.

That just leaves Episode 10, where I will figure out which story threads need to be tied off, and which teases have to be sprinkled into the mix for Season 2.

For once in my writing career, I know exactly how the story ends.  The final few scenes of Episode 10 are already in the computer. 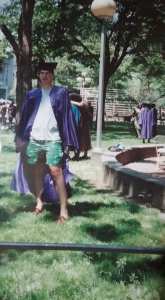 Usually, I’m just winging it and letting the story take me wherever it wants to go, but this time, I’ve got to be more focused.  Outlining is a must.

After all, you can’t sell a TV series with the premise that the writer is just making it up as he goes, and we hope he figures out how to end it before the last day of filming.

I’m feeling pretty accomplished, but there is so much work to be done.  Ironically, I’m giving my brain a rest from writing by writing a blog post.  That’s just how creative I am right now.

Is this Writer’s Heaven?  It sure feels like it…

Native New Yorker who's fled to the quiet life in Maine. I write movies, root for the Yankees, and shovel lots of snow.
View all posts by Austin →
This entry was posted in Humor, Writing and tagged creative writing, Humor, Modern Philosopher, NYU, sarcasm, satire, screnwriting, TV, TV series, writing for TV. Bookmark the permalink.

6 Responses to All Week Writing Party