I’m often asked how my mind works, Modern Philosophers, and that’s not an easy question to answer.

And since each voice believes its story is the one that needs to be told next, they are shouting increasingly louder to get my attention.

Of course, that only causes the circus music to ramp up in volume.

That probably explains why I get so many headaches and find it difficult to sleep through the night.

Today, I was sitting in a room with several other people.  I was minding my own business and cursing technology, but since I have excellent hearing, I was able to overhear the conversation going on behind me.

This, of course, despite the circus music and screaming story telling voices.

Someone in the room behind me said, “The new shirt I bought was long in the back, and short in the front.” 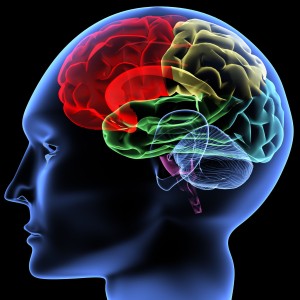 When a softball like that gets lobbed in the general direction of my brain, all goes silent up in the dome.

This allows the creative center of my brain to spring into action, while my funny bone  transmits messages up to the gray matter.

In mere nanoseconds, a witty line is formulated and express mailed to my mouth, so it can be shared with the world.

Today, that line was a classic.

I spun in my chair, faced my colleagues, and asked, “So you bought a mullet shirt?”

Then I broke out in a ridiculous fit of laughter because that line just killed me.

Long in the back.  Short in the front.

Of course, my brain and funny bone weren’t done tag teaming the situation.  Once I managed to stop laughing long enough to speak again, I spat out, “I assume it’s a party in the back and all business up front.”

Could you just imagine that fashion show, Modern Philosophers?

A parade of gorgeous models in mullet shirts!

Don’t worry, though.  I’m not going to give up writing for a career in fashion.

Could you imagine how annoying the voices in my head would be if I went into that line of work?  They’d probably be all catty and entitled.  Plus, the music would probably change to some sort of throbbing techno beat more appropriate for the catwalk.

I’ll just stick to writing my silly stories, creating TV series, and crafting screenplays with enough twists and turns to give readers whiplash. 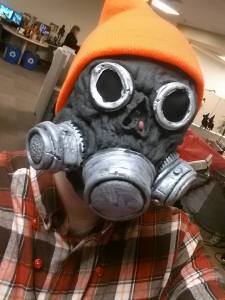 I don’t normally allow people inside my head, and it’s for their own good.

Things like mullet shirts live up there, and that would freak out the average person just trying to get through the day and live a regular life.

I’m fairly certain that if I ever shaved my head, I would find “Enter At Your Own Risk!” written across the top of my skull in huge, impossible to miss letters.

The voices are clamoring for my attention again, so I need to go.  Hope you all have a peaceful night…

Native New Yorker who's fled to the quiet life in Maine. I write movies, root for the Yankees, and shovel lots of snow.
View all posts by Austin →
This entry was posted in Humor and tagged fashion, Humor, Modern Philosopher, mullets, overheard conversation, sarcasm, satire, the creative process. Bookmark the permalink.

5 Responses to The Mullet Shirt