The Magic Of Running In The Rain 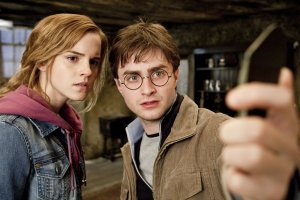 My stepmother had a saying, Modern Philosophers, about how only a fool isn’t smart enough to come in out of the rain.

So perhaps it’s my stepmother’s fault that I  enjoy running in the rain.  After all, I was too frightened of her to stand up to her, but dashing through the raindrops is the sort of act of rebellion that’s right up my alley.

It was raining this morning when I left The House on the Hill for my run.  To be honest, since I run in the snow, a little rain is never going to bother me.

It’s not like I’m a wicked with who’s going to melt when the water hits me.

But I actually look forward to heading out in a storm.

And it’s not just because of the rebel in me.

There’s something magical that happens whenever I run in the rain, and that magic comes in handy during stressful moments in my life.

I wasn’t particularly stressed this morning, but it was a very long week.  I was run down, dealing with some nagging pain in my shoulder, and just not finding myself in the right mindset to write.

Sure, writing is also a great way to combat stress, but at the moment, I’m tackling the Season Finale of my TV series, and I was not going to do that when I wasn’t in the proper creative space. 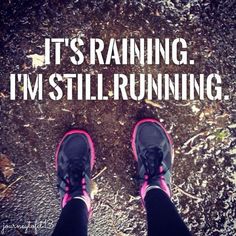 A run in the rain was exactly what I needed.

I had no set agenda when I set off down the driveway.  I just cranked my Foo Fighters station on the Pandora, and assumed the rain would work its magic as it always does.

Dave Grohl plus rain almost always equals my mind drifting off to a very creative place.  And this morning would only further prove that hypothesis.

I don’t even sense it happening.

One moment, I’m fighting my way up a hill, or checking my heart rate on my FitBit, and the next thing I know, I’m immersed in a scene from my story.

You know, as if by magic.

It’s like I’m transported, or having an out of body experience.

This morning, shortly after I hit mile one, I was in a scene with my two main characters.  I was just sitting there on a bed in the dorm room, listening in on their conversation.  As always, the scene played out like a movie for me, with me right there to take in every little nuance of the characters.

When that scene ended, I jumped right into the next.

Two different characters.  Totally new setting.  Outdoors this time.  In this one, the way the characters were dressed was very important, so I walked right up to them to examine their wardrobe.  Now I’ll be able to describe it exactly right in the screen direction.

Then I followed silently behind them as they walked down a garden path, and had a conversation that is quite crucial to the plot of the Season Finale.

Maybe all writers have this power, but it’s a trick that best reveals itself when I’m out on a run or a long walk.  If you add rain to the mix, then the scenes become even more magical.  Rather than just watching it play in my mind, I actually appear in the scene.  I’m right there, expecting the characters to address me directly. 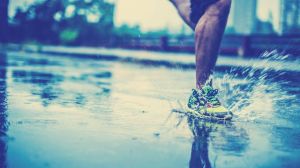 Perhaps one day, a character will turn and ask me a question.  I have a feeling, though, that I’d have to be running in a hurricane in order for the magic to be that powerful.

And let’s face it, only a fool would be stupid enough not to come in out of a hurricane…

6 Responses to The Magic Of Running In The Rain