My Own Personal Death Star 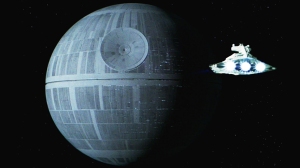 A long time ago, in a neighborhood far, far away, a lonely boy sat in his bedroom in Brooklyn, and dreamed about growing up to be a Jedi Knight.

That sad, lonely, nerdy boy was me, Modern Philosophers.

You didn’t need Jedi powers to figure out that one…

I wanted to trade in a boring life that centered around Catholic school and spending way too much time with my family, for an action packed life that involved journeying to strange, new worlds and freeing the galaxy from the Emperor’s clutches.

Plus, I absolutely wanted to get my hand on a lightsaber.  That thing would come in really handy every winter when I need to clear the snow from my driveway.

Of course, I also wanted the confidence that would go along with being a Jedi, and knowing the Force was strong with me. 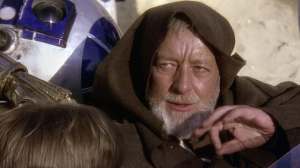 I could never bring myself to talk to Cathy Fitzpatrick and tell her how I felt, so perhaps the Jedi Mind Trick would have been very helpful to a kid, who just didn’t understand how to talk to the opposite sex.

“I am the nerdy guy you are looking for”…

It was fun to imagine I had been hidden on Earth to protect me from Darth Vader and The Emperor, as they worked to purge the Jedi from existence.

That would totally explain why I was so different from the rest of my family.

Alas, my dream of becoming a Jedi never came to fruition.

It’s hard to journey to strange, new worlds, when one’s aversion to driving keeps him from ever venturing out much further than a fifteen mile radius from The House on the Hill.

Although, I did make a visit to Wal-Mart this morning, and that place can totally give the  Mos Eisley Cantina a run for its money on a good day.

The closest I’ve come to toppling the Emperor has been writing monologue jokes and blog posts that poke fun at Darth Orange aka President Trump.

So I guess that makes my pen my lightsaber, which makes sense, since I’ve always been told that it’s mightier than a sword.

Much like Luke and Rey, I’ve found myself isolated in a desolate place while all the excitement takes place far away from where I could ever have an impact.

Of course, Maine isn’t a desert wasteland like Tatooine or Jakku.  It’s more like the ice planet Hoth.  Regardless, I still feel like life is passing me by while I wait for adventure to find me.

Sometimes, however, I feel like I’ve turned to the Dark Side.  And not just because I root for my beloved Yankees aka The Evil Empire.

I’m worried that I’ve taken it way beyond that.  Like I’ve somehow managed to construct my very own Death Star.

I can barely fix things around The House on the Hill, so I have no idea how I’d be able to build a space station capable of wiping out entire planets.  Maybe it has something to do with those latent Jedi powers that I’ve always known were buried deep below the surface.

Regardless of how it came to be, I sense that my own personal Death Star follows me everywhere I go.  It’s always behind me, so I never see it, but if I search my feelings, I can tell that it’s there.

Hovering.  Waiting.  Rather than destroying worlds, however, this weapon blows up any sort of relationship in my life.

My Death Star ensures that I am forever alone.  I have no idea how it picks its targets, arms itself, and fires its deadly laser, but it’s extremely accurate.

My inner psychiatrist tells me that my Death Star is under my control.  Somehow, I am identifying threats, powering up the operating systems, and giving the command to fire.

Ironically, that would confirm my lifelong suspicion that I do, in fact, have Jedi powers.

What made me turn to the Dark Side?  This blog doesn’t have enough available memory for me to list every event in my life that could have led to my choosing the wrong path.

Something happened, though, that led me to fear that any serious relationship in my life was a threat.

Who is the Sith Lord who has secretly trained me to tap my anger, and become more powerful that I ever imagined was possible?

Oh, I have my suspicions, but I’d never list them here.

At the moment, I need to focus my efforts on finding a flaw in my own personal Death Star so that I can destroy it before I am cursed to living out my days all alone. 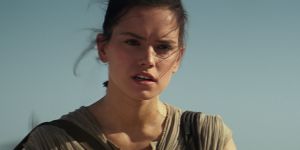 I know my Rey is out there, but I’m afraid that she will wander into my life while my Death Star is still fully operational.

I don’t want her to be obliterated before she can rescue me with her unconditional love.

But how does one man destroy the ultimate weapon that he might have created without even realizing it?  What in the world has my beautiful mind done…

Native New Yorker who's fled to the quiet life in Maine. I write movies, root for the Yankees, and shovel lots of snow.
View all posts by Austin →
This entry was posted in Humor and tagged Death Star, Humor, Jedi, life, Modern Philosopher, movies, Relationships, sarcasm, satire, Star Wars. Bookmark the permalink.