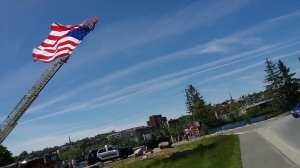 Someone asked me the other day, Modern Philosophers, how I’m able to go out for runs if I’m an introvert.

I gave him that funny look I give to more people than I should have to, and explained that “introvert” did not equal “recluse”.

I mean, I’m not opposed to avoiding people if they’re going to pester me with stupid questions, but the fact of the matter is that I need fresh air just like someone who can actually put up with the rest of the population.

Sure, it’s easier to hunker down at The House on the Hill, where I can write and watch the Yankees without interruption.  However, human interaction does come in handy.  After all, I need to observe homo sapiens in their natural habitat in order to write about them.

Lately, I’ve found a new way to interact with people without having to actually be around them.  I discovered Yankees Twitter, so I can watch my favorite baseball team, and then chat about the game in real time with fellow fans.  Baseball is now a social event for me again, without the stress of face to face social interaction.

It’s an introvert’s field of dreams!

Anyhow, I decided to get some fresh air today, even after running 4.5 miles this morning.  It is a beautiful day in Maine, and they were having the grand opening of the newly expanded River Walk not too far from The House on the Hill.

So I put on my “Oh my god, I’ve got to deal with people” smile, and set off in search of fresh air and adventure.

As always, I took some photos to show you how beautiful Maine is.  Even with all those annoying people out there… 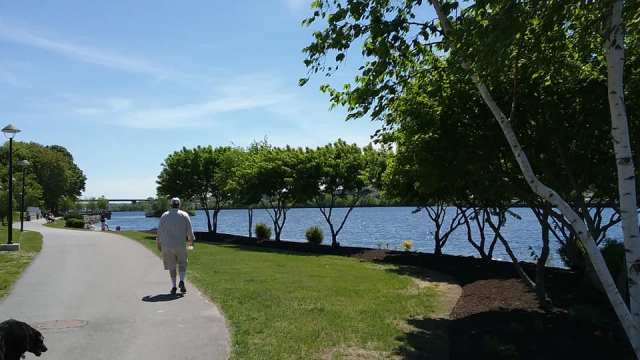 The fact that I made it back to The House on the Hill to write this post gives away the ending.  Yes, I survived being out in public.

Actually, I found myself walking back towards home alongside a very pretty member of the news media, who had been shooting footage of all the people (so many people!!!) who decided to get some fresh air by the river.

We had a nice little chat, which totally surprised me because I usually clam up in the presence of an attractive stranger.

Score one for the quirky introvert then.  Miracles do happen when I take a chance and venture out into the world…

How are you spending this Saturday in June?