Could We Just Get Some Water? 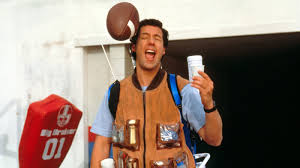 I know there is a famous saying about not being able to fight City Hall, Modern Philosophers, but one should be able to  make a reasonable request of those in the building, right?

After all, my tax dollars do pay their salaries.

I was at City Hall this morning.  Want to guess why?

Yes, I was making a tax payment.  This time, it was the excise tax on my vehicle.

Since I was already there, I decided to try to speak to a City Official (I capitalized that to show that I defer to the great power of the position!) about an issue that was near and dear to my heart.

As you know, I run.  A lot.  And I sweat even more.  As a result, I really need to hydrate before, during, and after my runs.

I’ve really taking a liking to the new path along the waterfront, and run there pretty much all the time now. 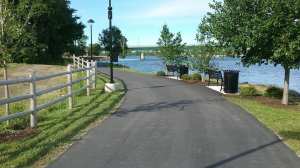 The only problem is, there are no water fountains along the path.

Trust me, I’ve looked for them.

There is a water fountain on the Bangor side of the river, which I make use of when I cross the bridge on a run.

But if I decide not to transverse the Penobscot River, there is no water available.

And, boy, do I get parched after putting in a few miles!

I’ve been willing to suffer in silence, but after writing such a large check to the city this morning for my car, I decided it was time to make some noise.

Some polite and reasonable noise, but noise nonetheless.

So for the first time since moving to Maine, I ventured up the stairs in City Hall.  I ran into the City Clerk outside of her office, and pouncing on this bit of good luck, I launched into my pitch for a water fountain along the waterfront. 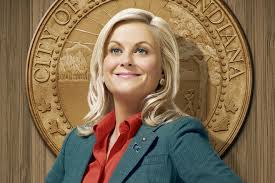 As luck would have it, the City Economic Adviser (or some fancy title like that) was also in the hall, overheard our conversation, and came over to join us.  She explained that this park issue fell under her jurisdiction (had I just met my city’s version of Leslie Knope???) and she would be happy to talk to me about it.

I told her about how often I run, how there’s no place for runners to get water, and that numerous runners and walkers make use of the waterfront path on a daily basis.

I made an executive decision not to share any tales about how often I sweat (totally think that was the right call).

My city’s Leslie confessed that she hadn’t even considered the need for water fountains, and thought it was a great idea.  She promised to look into it.

I believe it helped my cause to point out that the Bangor waterfront has a water fountain.  We’re basically Bangor’s ignored, younger sibling, so if big brother Bangor has it, we definitely want it, too.

The nice lady, whose salary I pay, also told me that there was a plan to add a bathroom along the route next year, so the water fountain could be a part of that project. 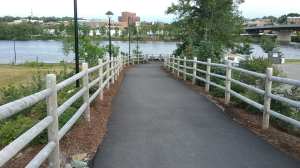 I left City Hall several hundred dollars lighter in my wallet, but with a smile on my face.  I had climbed the staircase at City Hall, voiced my opinion, and actually got someone to listen to me.

Chalk one up for the tax payer.

Now I’m going to celebrate, with a big glass of ice water!

Have you ever gone to City Hall  or to a Town Meeting to make a request of your elected officials?  If so, how did it turn out?

Native New Yorker who's fled to the quiet life in Maine. I write movies, root for the Yankees, and shovel lots of snow.
View all posts by Austin →
This entry was posted in Fitness, Humor and tagged City Hall, Fitness, health, Humor, hydration, Maine, Modern Philosopher, running, sarcasm, satire. Bookmark the permalink.

4 Responses to Could We Just Get Some Water?