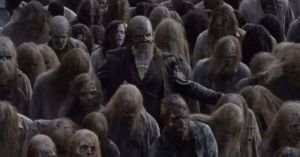 With all this free time on my hands, Modern Philosophers, I’ve spent countless hours wrestling with the great Philosophical debates of our time.

Lately, I’ve grown bored with the great debates, and moved onto to other burning questions that really needed to be answered.

I thought I’d share some of my findings with you, and get your opinion as to where you stand on these hot button topics. 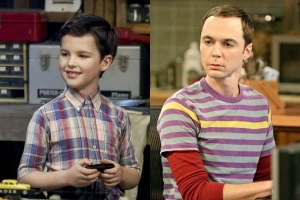 While I think that both Sheldons would make for horrible traveling companions, I would definitely go with the young version of the annoying genius.

Young Sheldon at least had respect for his elders.  And while he did have a tendency to get car sick, he was normally okay when he sat in the backseat.

Young Sheldon was precocious, outspoken, and highly opinionated, but he was a kid, so I’d assume he’d sleep a lot more in the car.  Plus, he wouldn’t need to be fed as much along the way, which would save me money.

Adult Sheldon has all the annoying qualities of his younger self, but multiplied exponentially.  He’s even smarter and has many more years of knowledge stored in his brain to spout at me, and use against me while I’m trying to focus on the road.

Grown up Sheldon also has so many more Star Wars movies, Star Trek series, and comic book adaptations to gripe about.  He’d probably hone in on my being a Film Major, and want to give me his views on cinema for the entire trip.

Ugh.  No thanks.  Give me Young Sheldon any day.  He’s tinier, and would be easier to stuff in the trunk after he got on my last nerve.

Kristy Swanson was fun, and she got to hang out with Dylan from Beverly Hills 90210 and President Snow before he went on to rule over Panem with an iron fist, but she also had to do battle with Pee Wee Herman. Not exactly a challenge there.

Sarah Michelle Gellar is the clear cut winner in this one, and if you disagree with me, then the TV Slayer will drive a stake through the heart of your argument.

I didn’t expect much from the television series since the movie had been so campy, but I was thrilled to have been so wrong.

Buffy and the Scooby Gang had to protect Sunndydale from evils a hellmouth more frightening than Pee Wee.  And she had to keep up the fight for seven seasons, rather than for just one film.

Both versions of Buffy slay me, but the TV version reigns supreme in this battle. 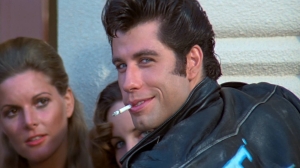 In which movie was John Travolta the better dancer: Grease, Saturday Night Fever, or Pulp Fiction?

While Pulp Fiction is my favorite movie of the three (gotta go with Tarantino), Vincent Vega is not the best dancer of the trio.

Sure, his cutting the rug with Mia Wallace was a very memorable scene in a flick packed with memorable scenes, but Travolta was clearly holding back.  When you think about it, a hit man probably should not be best remembered for his moves on the dance floor.  Especially not when he’s dancing with the boss’ wife.

As a Brooklyn guy, I’ve got a soft spot for Tony Manero, his cool accent, perfect hair, and flashy wardrobe.  I mean, who’s ever going to forget that iconic white suit?  The guy knew how to dominate the dance floor and have the spotlight shine on him, in an era when there were lights flashing all over the place while people were dancing.

The thing of it is, though, I hate disco.  So I can’t give my vote to Tony.

Danny Zuko was so cool.  He was just in high school, and he could dance like someone who’d been doing it for ages.  Plus, he pulled it all off in jeans and a leather jacket.

One of my most romantic memories of my time with Rachel was when, slightly tipsy, we watched Grease, and Rach had me dance with her along to the movie.  We moved around the living room, with her standing on my giant feet, like we were right there in the gym at Rydell High.  That night, through her big brown, drunken eyes, I was her Danny.

That’s why Danny Zuko is the winner. 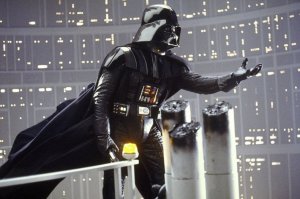 This one has definitely kept me up at night. Darth Vader was a very powerful Sith Lord, who had full command of the Dark Side of the Force.  He had no fear, believed it was his destiny to rule the galaxy, and was damn handy with a lightsaber.

Beta’s herd of Zombies numbers in the thousands.  Beta himself would be no match for Vader, in a battle of behemoth masked bad asses, because no country singer gone mad is going to strike down a Jedi gone bad.

The sheer numbers of Beta’s army might give him an advantage, though.  After all, Vader is only one man, and his Jedi mind control isn’t going to work on the undead.

However, we all saw what Darth Vader did when he was seriously outnumbered at the end of Rogue One.  He carved his way through the Princess Leia’s forces like they were an army of wooden soldiers.

Yes, it would take time to strike down thousands of walkers, but if anyone has the stamina to inflict that much damage, it’s the Emperor’s right hand man.  Vader would tap into the Dark Side, unleash his rage, and slash through every walker that trudged within the range of his lightsaber.

It might take him some time to realize he had to slice through their skulls to put them out of their misery, but once he sensed that, it would be all over.

If they ever closed in on him, he could use the Force to repel them and send them flying away like scraggily rag dolls.  And even if they did get close enough to bite him, Vader is almost all armor.  Where would they be able to do any damage?

Do you disagree with any of my conclusions?  What other burning questions related to movies or TV would you like me to tackle next?

Native New Yorker who's fled to the quiet life in Maine. I write movies, root for the Yankees, and shovel lots of snow.
View all posts by Austin →
This entry was posted in Humor, Philosophy and tagged Buffy the Vampire Slayer, Humor, John Travolta, Modern Philosopher, movies, Sarcasm, satire, Sheldon Cooper, Star Wars, television, The Walking Dead. Bookmark the permalink.