Trump’s Not So Wise Guys 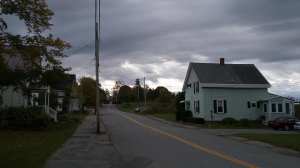 “Do you ever feel like our country is being run by the most inept organized crime family in history?” Aaron asked from where he sat on his side of the running path.

Holly lowered her mask, over on her side of the path, so that he could see her huge smile.

“You’re seriously going with Scorsese over Coppola here?” he asked with obvious disapproval in his voice.

“It’s a free country,” she reminded him smugly.  “Even if it is run by organized crime.”

Aaron shrugged, pull down his mask so it hung around his neck, and took a long sip of his Snapple.  Since they were on opposite sides of the path, well more than six feet apart, he considered leaving off his mask.  Then he remembered how paranoid he was about catching the virus, and put his mask back where it belonged.

“The President is in the hospital suffering from the very virus that he said wasn’t that dangerous, would quickly go away, and didn’t require strict masking protocols, and yet the code of silence from his underlings continues,” he explained with a knowing nod.

“That hardly makes our government the Mafia,” Holly countered. 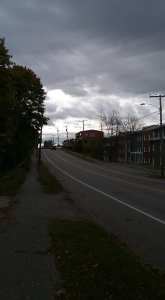 She knew there had to be more to his argument, but she was also aware she’d get it out of him in a more animated and entertaining manner if she pretended his thesis was flawed.

“Give a guy a chance to build up to the good stuff,” he scolded.

“Hey, this is a park bench on a chilly Autumn morning, not your bedroom on one of the rare occasions you get a woman in there,” she taunted.  “Cut to the chase.”

Aaron smiled at the comeback, and was glad that his mask kept his best friend from seeing that reaction.  She didn’t deserve the satisfaction for mocking his non-existent dating life.

“Everything Trump and his cronies do is like a crime family,” he insisted.  “They’re only out for themselves, they deal with some particularly shady characters, laws are constantly being broken, there’s lots of strong arming and intimidating going on, and everything is kept secret.”

“Don’t forget the rampant sexism and racism,” she added after she took a sip of her coffee to warm up.

“Plus you got that whole concept of people really adoring them despite all the bad things they do,” he continued.  “Just like in the mob movies.  The people turn a blind eye to the violence and the lawbreaking just as long as they keep the neighborhood safe, and pay to keep the playgrounds open for the kids.”

“And whenever someone pisses off the Don, who is conveniently named Don, that person gets whacked from the family.  Only instead of being killed, they’re banished from the White House, and the family members act like they are dead to them.”

Holly nodded like this was all beginning to make sense.

“You could also say that when someone manages to get out, they end up turning state’s evidence against the family,” she theorized.  “Except in this case, instead of testifying in court against Don Trump and his associates, they write a tell all book about all the horrible things they witnessed as part of the family.” 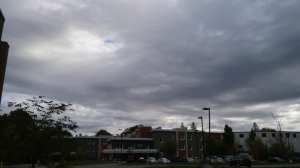 “And maybe like Al Capone, Trump will finally be taken down because of his taxes,” Aaron threw in excitedly.  “Even though Eliot Ness isn’t still around to lead him off in handcuffs, maybe they could get Kevin Costner to do it.”

“For all Trump knows, Costner is Ness,” Holly quipped and they both laughed.

“So my theory is pretty much on the money, don’t you agree?” he asked.

“Definitely,” she agreed with a shake of the head.  “So much so, that I’m going to make you an offer you can’t refuse.  Vote on Election Day, and let’s get these not so wise guys out of the White House.”

Under his mask, Aaron smiled slyly.  Making her watch all those movies over the years had finally paid off…

Native New Yorker who's fled to the quiet life in Maine. I write movies, root for the Yankees, and shovel lots of snow.
View all posts by Austin →
This entry was posted in Humor and tagged coronavirus, Covid 19, flash fiction, Modern Philosopher, organized crime, Sarcasm, satire, short story, Trump, tumor. Bookmark the permalink.

6 Responses to Trump’s Not So Wise Guys