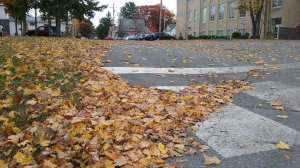 Holly tossed her empty coffee cup into the trash can next to her bench, and stared across the running path at her best friend.

Something was on her mind, but she wasn’t sure if she wanted to discuss it with him.  It wasn’t that she didn’t value his insight, but she wasn’t certain if she was in the right frame of mind to endure the mockery that was sure to go hand in hand with his advice.

As if reading her mind, Aaron took a sip of his Snapple and then said, “Why don’t you tell me what’s been bothering you?”

She had to admit, he was good at reading her.  She just wished her problem wasn’t the sort that made her the straight man to his sharp-witted jokester.

She adjusted her mask, let out a low sigh, and decided to spill the beans.

“The guy I’m seeing wants to do a couple’s costume for Halloween,” she confessed without looking him in the eye because she didn’t want to see them light up with glee.

Aaron nodded to buy a little time for all the witty comebacks to form in his brain.

Stunned by the question, she foolishly let down her guard.

“Edgar,” she replied before she realized she would regret that.

“Edgar?” he spit back with disdain in his voice.  “Is he 87?  I knew you were into older guys, but I didn’t realize you’d entered your hot for grandpa stage.”

She chuckled and flipped him the bird. 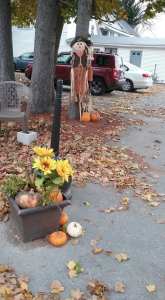 “He’s only slightly older than we are,” she informed him.  “It’s a family name and he really had no say in the matter.”

“He could have legally changed it upon turning 18,” Aaron shot back with a little snark.

“We all can’t have names that are both aesthetically pleasing and near the very top of the list in alphabetical order,” she conceded since she really had no argument for the name change line.

“So tell me why the couple’s costume is causing a conundrum.”

Holly hated when he did this.  He was supposed to jump on an issue and give her his thoughts, not turn all shrink on her and make her solve it herself.

“We’ve only been going out for a few weeks,” Holly relented because there really was no fighting him.  “A couple’s costume is a huge leap up the seriousness of a relationship ladder, and I’m quite fine where I am down near the bottom rungs.”

Aaron took another sip of his Snapple and nodded in understanding.

“If you show up in a couple’s costume, everyone at the party is going to jump to the conclusion that things are serious between you,” he explained what she already knew. “And you hate that because a Halloween party is a great place for you to meet your next boyfriend, since we both know you’ll quickly grow tired of this one.”

“Especially if he makes me wear some lame costume,” she agreed. 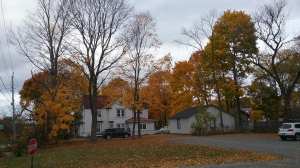 “So he isn’t the creative type?” Aaron pressed.  “He didn’t suggest something awesome like he goes as Trump, and you go as a Lobotomist or an Exorcist?”

Holly chuckled.  Even when he teased her, he made her feel better.

“Nothing cool like that,” she replied glumly.  “He’s really pressing for Sonny and Cher.”

That earned him the double bird flip and they both laughed.

“I’m starting to think I should just break up with him now, and save us the trouble,” Holly thought aloud, but still hoped for his feedback.

“You’d better do it soon,” Aaron advised.  “Because after you didn’t beak up when you found out his name was Edgar, he probably started to think he was invincible.”

“And people wonder why you’re single,” she taunted from her side of the path. 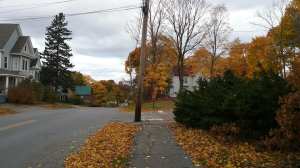 “Anyone who wonders that isn’t intelligent enough to hang with me,” he replied proudly and then chugged the rest of his Snapple.

“And for the record, any guy who’s stupid enough to want to drag you to a Halloween party during a pandemic isn’t worthy of another moment of your time.”

Holly was grateful for her mask at that moment.  Not only was it protecting her from the virus, but it also prevented Aaron from seeing how deeply his comment had made her blush…

Native New Yorker who's fled to the quiet life in Maine. I write movies, root for the Yankees, and shovel lots of snow.
View all posts by Austin →
This entry was posted in Holidays, Humor and tagged costumes, flash fiction, Halloween, Humor, Modern Philosopher, Relationships, Sarcasm, satire, short story. Bookmark the permalink.

6 Responses to The Couple’s Costume Conundrum