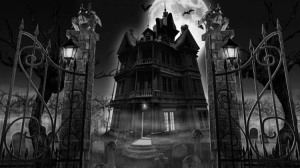 Just mere days after the White House website claimed that the administration had put an end to COVID-19, President Trump has taken credit for another huge accomplishment, Modern Philosophers.

As expected, his cult followers cheered and booed when expected.

Trump continued with his War on Halloween.  “Sleepy Joe hides down in his basement, watching scary movies, telling ghost stories, and sorting his Halloween candy.  I can’t do that.  I’m the President of the United States.  I can’t hide in the basement or one of the big, gorgeous rooms of the White House.  I’ve got to be outside running the country.”

No comment from the White House yet on how three hours spent on a golf course passes for running the country, but I will get back to you once I get a reply. 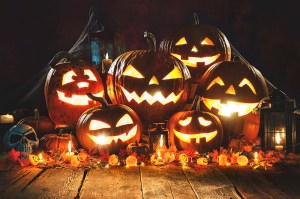 “You know what that is, right?” he asked above the crescendo of boos.  “That’s Socialism.  Asking for a handout.  Expecting hardworking Americans to give them free candy when they trespass onto their property and knock on the door.  Not in my America!”

That earned him the biggest chorus of boos and cheers of the rally.

But Trump wasn’t done.  Fueled by the mindless support, he kept ranting.

At this point, Trump started tossing candy into the crowd.  After first kissing every package to make it even more valuable to his people.

Trump watched in amusement as the MAGA masses fought and wrestled for the gifts he had so graciously bestowed upon them.

“Speaking of masks, you ever see Sleepy Joe’s?” President Wonka asked when he finally ran out of candy to hurl.  “It’s the biggest mask I’ve ever seen.  He could be trick or treating two hundred yards away from me, and he’s still got the mask on.  Trick or treat.  Trick or treat.  In Sleep Joe’s America, strangers are going to break into your house and steal your candy, and they’ll get away with it because Sleep Joe took away your guns, abolished the police, and forced you to remove your front door.”

“Halloween is over,” Trump promised.  “I’ve wiped it out.  Like Superman!” 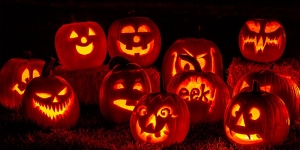 I’m sure there was a lot more said at the rally, but it was hard to make out over the chants of “Lock him up!” and “Save my candy!”

Trump has seventeen more rallies scheduled for today, all in states that have seen a recent surge in Coronavirus cases.

If I’m able to hear what else he has to say about his victory over Halloween, I will be sure to share it with you.  In the meantime, Happy Halloween!  Stay Safe.  Wear a mask.  Vote on Tuesday!

Native New Yorker who's fled to the quiet life in Maine. I write movies, root for the Yankees, and shovel lots of snow.
View all posts by Austin →
This entry was posted in Humor, Politics and tagged coronavirus, Covid 19, Election Day, Halloween, Humor, Modern Philosopher, Politics, President Trump, Sarcasm, satire. Bookmark the permalink.