I Wish You A Happy Thanksgiving 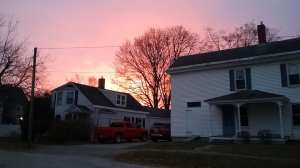 I know I usually try to make you laugh on this blog, but every so often, I like to mix it up.

After all, the goal of this endeavor is to inspire deep thoughts to accompany all the laughter.

Since I won’t be at a large gathering today, and there won’t be the opportunity to go around the table to list that for which I’m thankful, I thought I’d do that here.

These are very trying days, my friends.  The pandemic is infecting and killing people at an all-time high, and even though there are three potential vaccines in the works, the immediate future does not look bright.

Even in Maine, which is second only to Vermont for the lowest number of cases in the United States, numbers are spiking.  We had 12 deaths reported on Tuesday.  I know that seem like nothing compared to other states, but that was a horrifying increase over our usual daily high.  To put it into perspective, before Tuesday, two deaths in a day was considered a troubling high.

I am thankful that I have a job, a steady paycheck, and a roof over my head.

I am thankful that no one I know has gotten sick or lost a loved one.

I am thankful that even though I often lament the fact that I’m single, there isn’t a loved one that I’m forced to be away from because of this pandemic.

I am thankful that years of being an introvert have made the adjustment to a life of isolation much less of a shock to the system, as I can see how negatively it has affected so many of those around me.

I am thankful that when I do feel lonely, I can reach out to so many amazing people on social media and feel like I’m a member of a community.

I am thankful that even though I am on my own today, so many friends have already reached out to chat with me on his holiday.

That’s only the tip of the iceberg of my gratitude, but I don’t want to keep you all from your holiday.  Just remember, though, that even if this Thanksgiving doesn’t feel the same as others, the intent of the celebration remains the same.

I hope you all enjoy your day.  There are so many reasons to be thankful, even if it seems like life is depriving us of so many things at the moment… 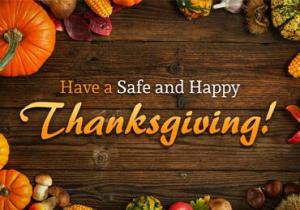 Native New Yorker who's fled to the quiet life in Maine. I write movies, root for the Yankees, and shovel lots of snow.
View all posts by Austin →
This entry was posted in Holidays, Humor and tagged gratitude, happiness, health, Humor, Modern Philosopher, Sarcasm, satire, Thankful, Thanksgiving. Bookmark the permalink.

6 Responses to I Wish You A Happy Thanksgiving