Treason With A Capital Trump 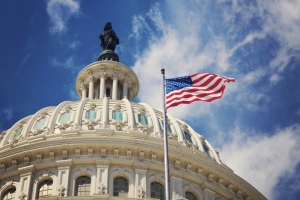 It certainly wasn’t the birthday I expected, Modern Philosophers.

Of course, it turns out this might not be the country I expected it to be, either.

I’m not sure what I want to write about the events that took place in on Wednesday, but I can’t just not address them.

Friends from other countries have reached out to ask me what the hell was going on in America, and I had no idea what to tell them.

I think we all knew this day was coming, but we had also convinced ourselves that we were overreacting.  That lunatic in the White House and his cult of brain washed followers were horrible people, but they wouldn’t do anything this outrageous.

To be honest, I was expecting some chaos on Wednesday, but more of the playing up for the camera variety.  You know, lots of screaming and chanting of the same slogans and lies.  The waving of the flags.  The demands for recounts and a new election.

As deranged and deluded as the man in the Oval Office had been behaving, he was still the President of the United States. 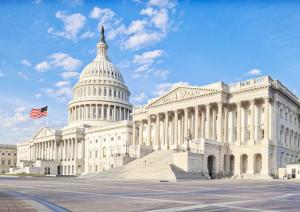 And that title comes with certain responsibilities to the Country, its citizens, the Constitution, and Democracy.

Even if the person entrusted with the job wasn’t doing any part of his job, I at least expected him to honor his Oath of Office.

I knew his mad dog followers would be foaming at the mouth to obey his every command, no matter how ludicrous or illegal.

In a million years, however, I never expected the man who refused to be President to give the order to march on the Capitol and destroy everything this country stands for, simply to settle a petty grudge.

Boy was I wrong…

I’ve seen movies with more ridiculous plots and pathetically stereotypical villains, but I never expected what I watched on my television on Wednesday night to be more than a soon to be forgotten work of fiction.

At least in the movies, the forces that besiege Washington, DC are highly advanced Alien races with technology that we cannot combat, or paramilitary/terrorist types that are better trained than our defenses, who are totally caught off guard by the attack.

This mob that breached the Capitol looked like the type of characters that would welcome Alien invaders with open arms, or be the first to die when the highly trained militants attacked their objective.

I wasn’t really sure what I was watching, how it had been allowed to happen, and why it hadn’t been thwarted immediately.

I watched in horror as the mob violated the Capitol, but then I was even more outraged when the news replayed coverage of the rally from earlier in the day.

The man who was supposed to be watching over this country had actually instructed his rabid followers to attack Democracy?

How is he still the President?

Why hasn’t the 25th Amendment been invoked?

Why is CNN interviewing people who are assuring us that the man who won’t accept defeat can’t just launch a nuclear attack on a whim?

What the hell is happening in my country?

Three days later, I am still appalled, upset, frightened, and confused.  I was raised to believe that this was the greatest nation on the planet, but now I’m embarrassed by what we’ve become.

I’m still not sure what I want to write about the events of January 6th, but once I am able to focus my thoughts again, I will do my best to put something down on paper.

Until then, be well, stay strong, and God Bless the United States of America.

16 Responses to Treason With A Capital Trump