Anyone who knows me very well, (and I must admit I’ve worked very hard to make sure there are very few people who can make that claim, Modern Philosophers), knows that I have an issue with the concept of perfection.

I was raised by an overbearing stepmother, who demanded perfection.

I tried for years to deliver on those demands, and at some point along the way, I finally cracked.  The pressure of trying to be perfect just broke my spirit.

I lost my ambition because I had concluded that I was a failure.

Even though I was far from it.

I have this crippling memory forever burned into my brain.  One year, I think it was in the sixth or seventh grade, I proudly turned over a report card to my stepmother that had the following grades: 99, 99, 98, 98, and 97.

Maybe now, you’ll understand why I’m so jaded by this impossible pursuit of perfection.

I was a great kid.  Top of my class.  A perfect little nerd, who never got into trouble.  I was a Boy Scout, an altar boy, and I even did the readings at Sunday Mass.

I was simply the best I could be.

But did I ever hear that from my stepmother?

Of course not.  All I ever heard was how there was room for improvement, and how I was letting her down.  She told me if I didn’t get a scholarship to high school, she was going to send me to the sketchy public high school in our neighborhood.

Skinny, tiny, nerds do not fare well in such social settings.  My main view for four years would have been of the inside of my locker or a hallway garbage can.

Luckily, I earned that scholarship, and went off to school on the Upper East Side.  That achievement somehow convinced me that I no longer had to strive for perfection.

But it doesn’t mean the scars ever healed.  I still felt like I had failed at the one thing that was expected of me, even if that goal was impossible to achieve.

I am well aware of my many faults.  I am far from perfect, and the chasm between me and perfection grows exponentially every year.

Every once in a while, though, I get that urge to prove her wrong.  Even though she is long gone from my life and would never know.

So maybe I just do it for me.

Earlier this month, I participated in a team Wellness challenge at work.  We competed in teams of five, and participants could max out at 30,000 steps a day.  At the end of fifteen days, the team with the most steps won a trophy.

There was also a trophy for the individual with the most steps over the course of the fifteen days. 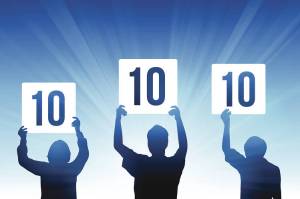 I was determined to win that trophy.

So for fifteen straight days, I got up early and stayed up late.  I went for long runs.  I went on multiple walks.  I never stopped moving.

At the end of the challenge, I was the only participant who had logged a perfect score of 450,000 steps. 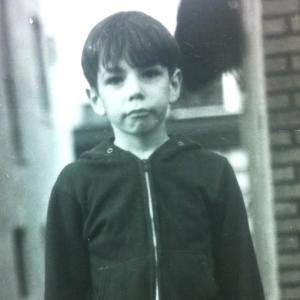 Better than all the rest.

I’m far from perfect, Modern Philosophers, but every once in a while, it’s fun to remind myself that in certain situations, selected by me, rather than dictated by others, perfection can be attained.

But I’m much happier being imperfect, and it’s a hell of a lot less stressful…

Native New Yorker who's fled to the quiet life in Maine. I write movies, root for the Yankees, and shovel lots of snow.
View all posts by Austin →
This entry was posted in Humor, Philosophy and tagged Fitness, health, Humor, mental health, Modern Philosopher, nobody's perfect, perfection, running, Sarcasm, satire. Bookmark the permalink.

15 Responses to Flirting With Perfection