The Windows To My Bankruptcy

“You look angry,” Holly pointed out as she watched Aaron sip his Snapple.  “I can see it in your eyes, and the eyes are the windows to the soul.”

She smiled.  He did not.

It was a beautiful day along the river, but Aaron sat there looking like he was the most miserable person in the world.

Don’t get me wrong: Many days, he actually could claim that title.  During his Sunday chats with his best friend, however, he usually appeared to be happy.  Maybe even perky.

“Funny you should mention windows,” he grumbled before he took another sip of Snapple to apparently give him the strength to tell his tale of woe.

Holly took a sip of her coffee, and then metaphorically strapped herself in for the bumpy ride that she was certain lay ahead.

“Remember how I told you I was going to get an estimate on new windows for the house?”

Holly nodded.  This bit of news had excited her.  She loved Aaron’s house, but it was always so drafty.  She knew he hated to spend money, but she had been slowly working on him to consider getting new windows.

“Well, the rep came over on Wednesday,” he continued.

“That’s a huge step,” Holly complimented him.  “I know how much you hate having strangers in the house.  Or dealing with people.”

Holly’s stomach lurched.  Such an invitation would have been welcomed.

“It’s never a bother to be there for you,” she assured him without sounding too eager or disappointed.  “How did it go?”

Aaron let out a sarcastic laugh, and then stared out at the ducks in the river for a much needed moment of Zen before continuing the story. 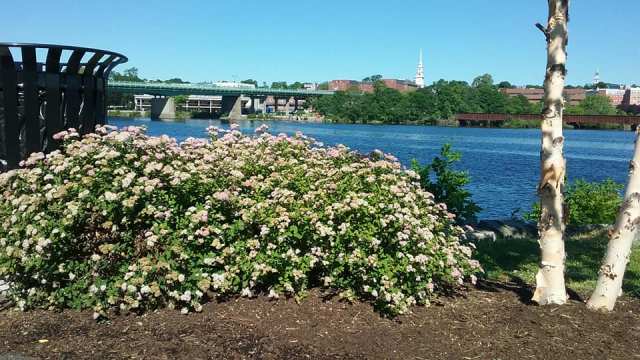 “You know how I have the tendency to blurt out the first thing that pops into my head when I’m anxious, angry, panicked, excited, extremely hungry, or offended?

“Yes,” she replied with a smile.  “I think you left out a few other scenarios, but I know that behavior quite well.”

“You would have been very proud of me on Wednesday night after she gave me her quote on the windows,” Aaron told her.  “So many ugly words popped into my head, but I bit my tongue and wouldn’t let them out of my mouth.”

Now her interest was really piqued.

“First off, congratulations on holding back and not saying the first thing that came to mind,” she offered with a smile.  “Secondly, how much was the quote that it would have sent you spiraling into a tirade laced monologue that I’m guessing would have made a sailor blush?”

Aaron stared at her in wide eyed wonder, but then a huge smile formed on his handsome face.

“You’re right,” he confirmed.  “I should have asked you to be there for the quote.  That’s exactly the kind of response I needed.”

He extended his arm for a high five.

And without hesitation, Holly reached out to smack it.

“I’ll make some calls this week, and help you get some less insane estimates,” Holly promised.

“Thanks.  I’m not good with that kind of stuff, and that would be a huge help.  Just having you around at any future meetings would probably help me to relax.”

Holly smiled.  Could he possibly finally be coming to his senses?  She had read somewhere that miracles did happen if you kept the faith…

Native New Yorker who's fled to the quiet life in Maine. I write movies, root for the Yankees, and shovel lots of snow.
View all posts by Austin →
This entry was posted in Humor and tagged best friends, home improvements, Humor, Modern Philosopher, Relationships, sarcasm, satire, short story, windows. Bookmark the permalink.

5 Responses to The Windows To My Bankruptcy