They were all flabbergasted by Bruno’s revelation.  A silence came over the booth as they digested what he had just told them.

“What do you mean he knew he was dying?” Wally finally broke the silence.

Maggie gave him a little nudge in the ribs with her elbow.  “Come on now, Chip.  This is my favorite part.  Wow us with how that big brain of yours works.”

Michelle smiled at the line and nodded her head in agreement. 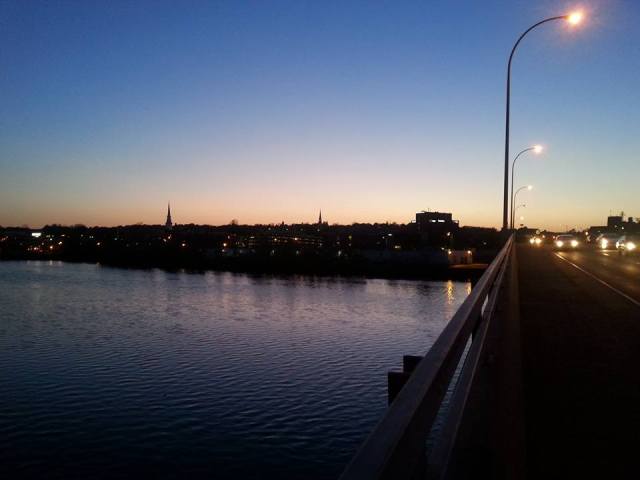 “It’s right in front of our faces,” Bruno explained.  “When I realized the evidence was taking us on a wild goose chase, I looked at it again.  Remember, kid, they’re ain’t nothing wrong with admitting you made a mistake as long as you go back and cover your ass by fixing it.”

Wally chuckled.  “I don’t remember anything that said Charlie was dying.”

“Well, it ain’t always gonna be spelled out for you,” Bruno chastised the rookie.  “Sometimes, you gotta let the big brain connect the dots.

Maggie laughed and slapped him playfully on the arm.

“So lay it out for the ADA, and I’ll tell you if you’ve got a case,” Michelle suggested.

“What did Big Tony tells us about why Charlie quit?” Bruno challenged Wally’s memory.

“She wouldn’t give him the raise he demanded,” Wally replied without hesitation.

Bruno shook his head.  “She offered him a raise in the end. He quit because she wouldn’t give him benefits.  Remember, she said if she had to provide benefits for all the mechanics, it would bankrupt her.”

“So you think he wanted medical insurance because he was sick?” Maggie asked.

Bruno nodded.  “I’m guessing he got a surprise diagnosis, suddenly realized that having no insurance was a major problem, and immediately went to his boss to try to rectify that.”

“You remember what else the boss told us about Charlie’s job performance after he started making those demands?” Bruno asked Wally.

Wally closed his eyes as he searched his memory.  Bruno gave the rookie a break on this because he was fine with anything that helped an officer remember key information.

Michelle smiled proudly because her guy had finally scored a point.

“He also started to screw up jobs, something he ain’t never done before,” Bruno added.

“Okay, so that does sound like someone who is dealing with a medical issue, but that doesn’t necessarily mean it’s life threatening,” Michelle continued to play devil’s advocate.

“Are you like me, Michelle?” Bruno asked seemingly out of the blue.

Without skipping a beat, she shot back, “No, I’m not a slightly over the hill narcissist who takes joy in pointing out the shortcomings of others.”

That earned her huge laughs from everyone, even Bruno, who raised his arms in surrender.

“Guilty as charged.  Read me my rights.”

“What I meant,” Bruno explained once he’d lowered his arms, “is do you trust your gut?”

Michelle pursed her lips and drummed her fingers against her mug as she mulled over the question.  “At times, yes, but I really can’t that often since it’s my job to prosecute offenders based on solid evidence, not the circumstantial.”

“You told us that the last time you saw Charlie White, you offered him a card for the free clinic and urged him to make an appointment.  Why?  You ain’t mean to tell me you went to Medical School in addition to Law School?” Bruno asked with a smile.

Maggie rolled her eyes, but waited eagerly for Michelle’s response.

“I’d been around the man enough to know something was off,” she answered slowly as if thinking through every word before allowing it to leave her mouth.  “He looked pale, thinner than I remembered, and his desire to secure a conviction against The Heathens seemed to take on more urgency.”

Bruno nodded.  “Why did he suddenly want to play hero, and take down a dangerous gang he had once sought to emulate?  You ask me, you gotta have either a personal vendetta, or maybe you’re looking to square your accounts with a higher power before it’s too late…”

“Objection,” Michelle declared with a smile.  “You are now testifying on behalf of the missing witness.  I ask the court to strike Detective Bruno’s last comment from the record.”

“So it shall be done!” Maggie ruled and banged the empty pitcher against the table.

“You really think his decision to provide evidence against The Heathens was because he knew he was dying, and wanted to make a better case for himself with St. Peter when he arrived at the Pearly Gates?” Wally challenged with a laugh. 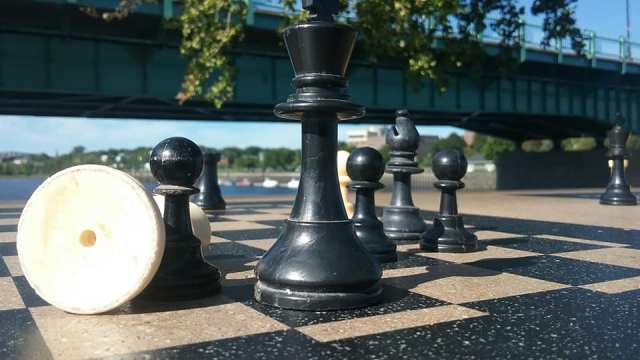 Bruno shrugged.  “It fits a pattern of behavior.  Quits his job, gives up his apartment, and turns to a life of petty crime where he shares what he steals with the homeless.  Remember, he lived in that parish, not far from the Church, and came face to face with the scary Nun at least once, so there’s a good chance some of that religious chatter rubbed off on him.  Let’s not forget what those chuckleheads from The Heathens told us about stealing Zeus’ bike.”

“They said only someone with a death wish would mess with Zeus’ ride,” Bruno reminded him.

“He wanted them to kill him to put him out of his misery?” Maggie asked as she attempted to follow the logic.

“Why not?” Bruno asked and drained the last of his beer.

“I don’t know,” Wally said.  “I mean, everything you’re saying makes sense, but like Michelle said, she can’t prosecute a crime based solely on educated conjecture.”

“That’s the beauty of this, kid,” Bruno replied with a sly smile.  “It ain’t murder, so there ain’t no crime for her to prosecute.”

Silence fell over the booth again.  Sensing that he hadn’t quite won over the jury, Bruno added another thought.

“The Nun said she ain’t seen any sign of bodily harm,” he reminded them.

“You mean the Nun you declared a liar in front of her boss and ours?” Wally countered.

“Then were you lying, Officer Wainwright, when you reported that you saw no sign of injury on the corpse before you managed to lose it in an empty parking lot?” Bruno delivered his zinger with a chuckle.

Maggie elbowed him again.  This time, a little harder.

“Everything you say makes sense,” Michelle stepped in to take the spotlight off Wally.  “So let’s say he was dying.  Why did he go to that parking lot in the middle of the night, when no one would be around to help him?  Why didn’t he call 911 or go to a hospital?”

“Because he knew someone would be there to make sure he got the help he needed,” Bruno announced with a sly smile, and then raised the empty pitcher to wave it at the bartender while the others pondered his latest revelation.

Native New Yorker who's fled to the quiet life in Maine. I write movies, root for the Yankees, and shovel lots of snow.
View all posts by Austin →
This entry was posted in Humor and tagged crime, Detective Bruno, flash fiction, Modern Philosopher, murder, mystery, serial, short story. Bookmark the permalink.

28 Responses to The Vanishing Corpse, Part 19