The Passive Aggressive Salami on Rye

“You are surprisingly quiet this morning,” Holly observed with more than a little snark in her tone before taking a long sip of her coffee.

It was an overcast morning in Maine.  The best friends had managed to find a window in the on and off rain schedule to go for their usual Sunday walk and chat along the river.

“Whatever do you mean by that, Holly?” Aaron volleyed back with a sly smile.

“You know you’re dying to say something about your loser baseball team, so why don’t you just get it out of your system?” she growled and immediately regretted her word choice.

Aaron made a play of opening his Snapple and taking a long sip.  He wanted to both savor the moment, and to torture her at the same time. 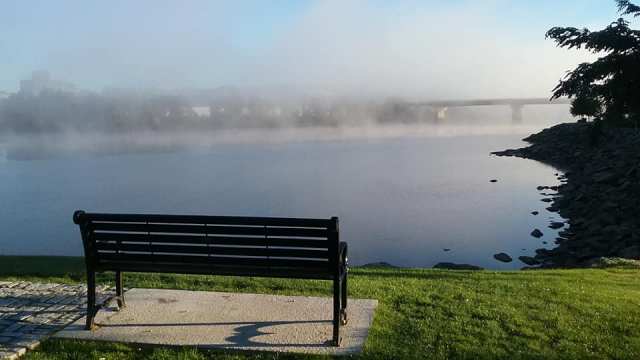 “By ‘loser team‘ are you referring to the Yankees who, if my memory serves me correctly, have defeated your beloved Red Sox the last two nights to pull even in the standings for the first Wild Card spot?” he innocently sought some clarification.

Holly was beautiful, but she could make a really ugly face when Aaron got under her skin, which was a skill he had long ago mastered.

“Fine,” she grumbled.  “Get it out of your system.  Rub it in.  The Sox got spanked on Friday, and then totally choked last night.  Let it all out.  I can take it.”

Aaron adjusted the ever present Yankees cap on his head, but said nothing.  Instead, he turned his attention to the river.

This enraged Holly to no end.  Of course, she couldn’t let him know that, but it really was too late.  The horse was out of the barn, and dragging her behind it with one of her feet stuck in the stirrup.

Aaron, for his part, enjoyed teasing Holly because she was always so serious and needed a good ribbing every once in a while to remind her how much she truly enjoyed his company.

“You know I’m not going to razz you, so you’re just going to have to sit there and simmer in your own embarrassment/rage.  If I notice you starting to boil over, I promise to remove you from the burner.”

She flipped him the bird.

He blew her a kiss.

“You and your stupid superstitions,”she mumbled under her breath and took another sip of coffee.

Aaron chuckled.  No one understood him better than Holly, so he knew that she got why he refused to give her a hard time about the game.  Of course, a little reminder never hurt…

“That’s right,” he confirmed.  “I refuse to tempt the Fates.  If I were to taunt you about the games, Karma would have to even the score.  Most likely by making the Yankees go on an epic losing streak.  I can’t be the reason my team misses the playoffs, so I’m going to keep my mouth shut, and leave all the bad mouthing and trash talking to Red Sox fans.  They are obviously very good at it.”

That earned him a look from Holly, but she did not say anything because she knew he was right.  Her fellow Sox fans never missed an opportunity to talk crap about the Yankees when the Bronx Bombers were down on their luck.

“Be that way,” she sighed.  “I was just hoping we could talk it out, which would get all the bad feelings out of my system, and allow me to move on and have a happy and productive Sunday…”

Aaron rolled his eyes and shot her a sideways glance.

“Nice try.  You forgot to bat your eyelashes at the end.  The guilt trip doesn’t work on me.  Remember, I was raised Catholic, so I’m immune to having guilt used as a weapon against me.”

That at least made her giggle.  He liked it when she giggled.  Aaron wasn’t a monster, and he certainly didn’t enjoy seeing his favorite person in the whole world down in the dumps, but he knew Holly as well as she knew him.

She was just trying to get him to speak out and jinx the Yankees before that night’s game.

No way that was going to happen. 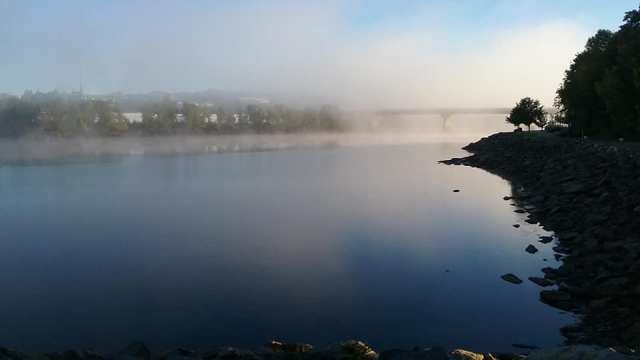 “I figured you’d be a little down this morning, so I got you a treat,” he surprised her with an unexpected burst of sweetness and compassion.

She turned to him hopefully.  Who didn’t like a treat?

Aaron removed a tinfoil wrapped square from his pocket and held it out to her.

“Hopefully, this brightens your day…”

Holly eyed the package suspiciously.  It obviously wasn’t something store bought, and this had her on high alert.  Was Aaron messing with her, or was he truly being a sweetheart?

Only one way to find out.  She grabbed the package cautiously from her best friend, who continued to flash an innocent smile in her direction.

“Thanks, Aaron,” she said sincerely as she slowly opened the tin foil.

To reveal a sandwich.

Specifically, a salami sandwich on rye.

“You bastard!” Holly yelled and playfully smacked him across the face with the sandwich.  “This salami sandwich signifies the grand slam aka the grand salami that Stanton hit in the eighth inning last night to win the game!”

Aaron looked at her in utter confusion.  “Sometimes a sandwich is just a sandwich.”

“Well, it’s not this time, you jerk!” she growled as she gave him the evil eye, and then took a big bite out of the lunch item in dispute.

She then held out the sandwich to Aaron, who accepted it and took a bite of his own.

“Thanks for the sandwich, annoying Yankees fan,” she said sweetly when he handed it back.

“I must really like you to put up with your ridiculous Red Sox fascination.”

She giggled, and then they passed the sandwich back and forth as they looked out at the river.

6 Responses to The Passive Aggressive Salami on Rye