Becky hadn’t really known what to do with herself since Jake’s betrayal.

Hell, she hadn’t had any idea how to refer to his despicable acts, but had finally settled on “betrayal” because the word seemed suitable enough to encompass all the horrible things that he’d done.

At first, she had barricaded herself inside her home, not wanting to deal with the outside world.  Only Paige and Michael were allowed access to her, and she didn’t dare turn on the television, or log on to any form of social media.

She knew the ghouls were out there, dying to hear all about her pain.  Becky wanted no part of that, and calculated that they would lose interest eventually.  She knew the outsiders would be the first to go, moving on to the latest sensational tragedy to exploit for ratings.

It was the locals, however, that caused Becky consternation.  She had no idea how her neighbors and fellow townsfolk would treat her once she emerged from her self-imposed Miss Havisham status to dip her toe into the pool of society once again.

Would they mock her?  Judge her?  Scorn her?  Would they think she was in on Jake’s plan?  Would they ridicule her for not seeing it coming?  Or would they just pity her, and never again treat her as a normal member of the community?

Eventually, all that time spent in the house avoiding the world made Becky long for the world outside of her prison.  Everything inside the walls reminded her of Jake and their lengthy relationship.

She was going to have to parole herself, and simply hope that the people of Lightning Bug Junction wouldn’t make her regret her decision. 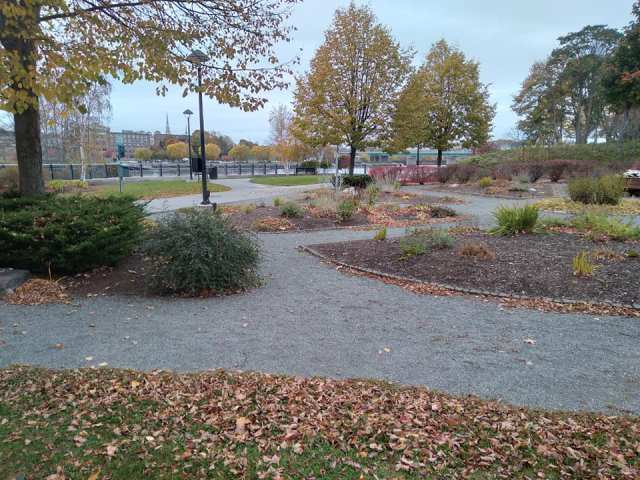 Becky threw herself into her work.  She rarely left the diner, which was great for the customers who loved her cooking, but a little hard on the establishment’s staff, which wasn’t used to the boss being omnipresent and forever coming up with new ideas to improve service.

This was when the overwhelmed workforce, who truly loved their boss, but preferred her in more manageable, bite size doses, begged Paige and Michael to intervene on their behalf.

Michael convinced Becky that he could be trusted with the diner’s finances, and take over the evening shift and closing duties.  Paige then reminded her best friend how much she loved jogging.

And so, on most days, once the lunch rush was completed, Becky would change into her running clothes and go for a long run.  There were plenty of places to run in Lightning Bug Junction, and Becky enjoyed finding new routes that would not only lengthen her workout, but also take her to parts of town that she rarely visited.

No matter what route she settled on for the day, however, Becky always made sure to wind up in the children’s garden along the river front.  That was because the little man made waterfall in the garden was her absolute favorite place in all of Lightning Bug Junction.

Becky checked her tracker, and smiled at both her distance and her time.  She hadn’t always been a fan of running, but it was obvious that a major life shakeup was exactly the sort of thing that would motivate her to develop a love for such an annoying endeavor.

As she strolled over to the bench that faced the waterfall, she was surprised to find someone already sitting there.  It wasn’t like it was her own personal resting place, but no one else was ever around when Becky finished her runs.

The man was about her age, if not slightly younger.  He was tall, with an athletic build, and very handsome.

Becky found herself surprised that she had registered the stranger as attractive.  After being in a relationship for so long, she had somehow turned off the part of her brain that gauged the looks of the opposite sex.

Sensing her approach, the man looked up and smiled.  “I’m guessing from the look on your face that I’m either in your seat, or not what you were expecting from the blind date you agreed to meet here.”

The comment caught Becky off guard, and it took a moment for her to let out a nervous laugh.

“Not expecting a blind date, but also surprised to find someone else here,” she admitted.  “It’s a public park, though, so I’m willing to share my bench.”

He chuckled at that, which revealed a dimple and upped his handsome factor in the part of Becky’s brain that was overjoyed to be needed again.

Becky nodded in understanding.  “I find it very calming.  And beautiful.  I’m Becky.”

He motioned for her to sit, and she took him up on his offer.

“I know this is going to sound like a pick up line, but I swear to you it’s not,” he vowed as he crossed his heart with his index finger.  “But I feel like I know you from somewhere…” 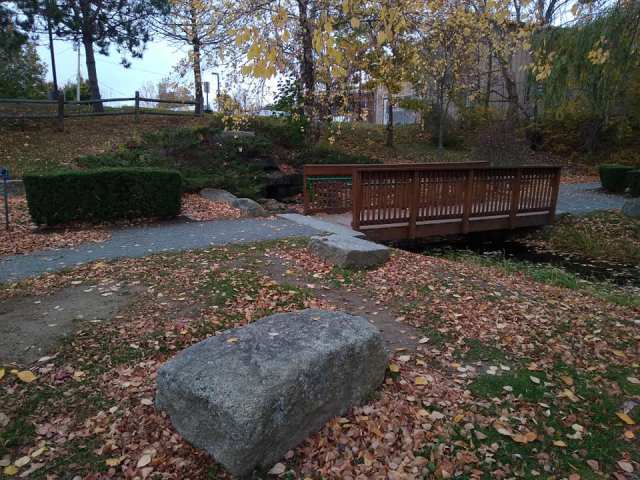 Becky’s survival instincts kicked in, and she immediately re-calibrated this handsome stranger as a threat.  Was he a journalist stalking her for that exclusive interview she’d refused everyone who’d asked?  Or was he another pain in the ass security guy from Ephrem/Regis trying to charm her into revealing where Jake was hiding out with their stolen funds?

It wouldn’t be too hard to figure out that she stopped at this waterfall every day, and then just sit and wait for an accidental meeting one afternoon.

Sensing her trepidation, John spoke first.  “Sorry.  I’m interrupting your routine, and I’m trying to make chit chat like talking to a stranger in a quiet park is somehow now safe and encouraged.  I was just leaving anyway.  Enjoy your view.”

He smiled, stood up, and started to walk away, which yet again, caught Becky by surprise.  Had she become the crazy, cynical, introverted lady who would never trust again because her asshole husband had decided to throw her life into total chaos?

Becky did not want to give Jake that kind of control over her.  Against her better judgment, or perhaps because of it, she called after him.

“I own The Country Kitchen, the little diner in town…”

John stopped his retreat, and turned to face her with a goofy smile on his face.

“The best ham, muenster, mushroom, and bacon omelette I’ve ever had!” he exclaimed.

Becky blushed.  “So you’re the…unique palette that places that intriguing order?  A few times over the last month or so if I remember correctly.”

John nodded and walked back towards the bench.  “You weren’t going to say “unique palette”, but you course corrected so as not to hurt my feelings.”

“Don’t be,” he assured her, “I’m the only person I know who likes that bizarre breakfast combo.  I chalk it up to a hungover Sunday in college, and those being the only ingredients in the fridge when I woke up starving.  I’m not lying when I say you make the best version of it I’ve ever had.”

Becky rose from the bench, took a bow, and then sat down again.

“So you’ve placed this order elsewhere with mixed results?” she asked, surprised that she wanted to engage this stranger in what could only be categorized as oddly flirtatious banter, but absolutely loving it at the same time.

He stepped a little closer so that he was now standing almost in front of Becky, but at an angle that still allowed her a view of the waterfall.

“I travel a great deal for my work, so I’m constantly in new towns and new restaurants placing the same old breakfast order and wondering how it’s going to taste when it’s served,” he admitted.  “I will confess that I have driven out of my way for breakfast at The Country Kitchen just because I know how delicious my favorite omelette will be.”

He smiled, and Becky found herself smiling in response.

“They do say breakfast is the most important meal of the day,” she quipped.

John laughed.  “Sadly, work has me headed out of state for a few days, but when I return, I will stop in for breakfast.”

“I’ll make sure to order some extra muenster cheese so I’m prepared,” she replied with a giggle.

“It was a pleasure meeting you,” John stated.  “Now I’m glad I was a jerk and took your seat.  Enjoy the rest of your afternoon.”

He pretended the tip the bill of a cap he wasn’t wearing, and then wandered off down the path in the direction of the parking lot.

Becky smiled, and for the first time in a million years, wondered what it would be like to spend time with a man other than her bastard husband.

Native New Yorker who's fled to the quiet life in Maine. I write movies, root for the Yankees, and shovel lots of snow.
View all posts by Austin →
This entry was posted in Humor and tagged crime, Lightning Bug Junction, Modern Philosopher, mystery, serial, short story, small town, writing. Bookmark the permalink.

10 Responses to The Spare Bedroom, Part 4