That was a task that fell to the interns, and since the University will no longer send me interns due to COVID precautions, I rarely even pick up the mail from the post office, let along open any of it.

This weekend, however, I decided to get all crazy and tackle that job.  I drove to the post office, loaded two huge bags of mail into the RAV 4, and brought it home to The House on the Hill.

Sadly, no one sent me cash or gifts.  What’s the deal, guys?

A running theme that I found in the mail was that you’re upset that I don’t post as often as I once did.  In my defense, when I started this blog, I was trying to distract myself from how much I missed Rachel.  As a result, I posted something every day for years.

Yes, that was how much I missed The Girl Who Moved Away, and how much focus I needed to not completely lose it over how sad I was that she was gone.

Sure, I still miss her, but that was a long time ago, and there are other things to mope about.  Luckily, none of those things require me to write zany blog posts on a daily basis.

The second running theme of the reader mail was a disappointment over the fact that I don’t dedicate the entire month of October to Halloween posts.

I must admit, it was fun to write those posts back in the old days.  Life at The House on the Hill was a lot more exciting when the place was overrun by Zombies, Werewolves, Witches, Leprechauns, Aliens, Gargoyles, and the myriad of Otherworldly Beings that populate Maine. 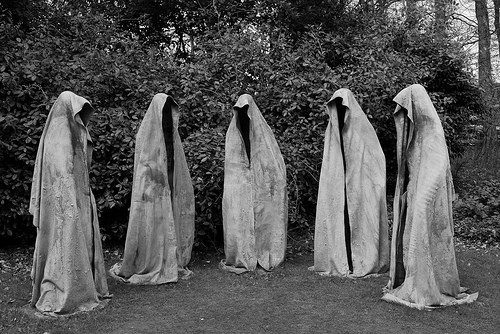 I’m sure the All Hallows Society is gathering right now to decide if I should be expelled as a member because I haven’t given the Halloween Season the respect and publicity it deserves.

Sorry, scary hooded strangers.  I’m not trying to offend or let down anyone.

It’s just that Halloween, which used to be my favorite holiday, hasn’t been any fun for a long time.

This was the second consecutive year that I didn’t get a single trick or treater.  Last year, I can understand because of all the COVID precautions, but I know kids were out and about this year, excitedly knocking on doors and demanding candy.

But no one knocked on my door.

Even though I had three bags of candy at the ready.

That’s a Philosophical question I have plenty of time to ponder because there’s nothing else to do.  You know, because I’m invisible to the rest of the world and no one spends time with the Invisible Man. 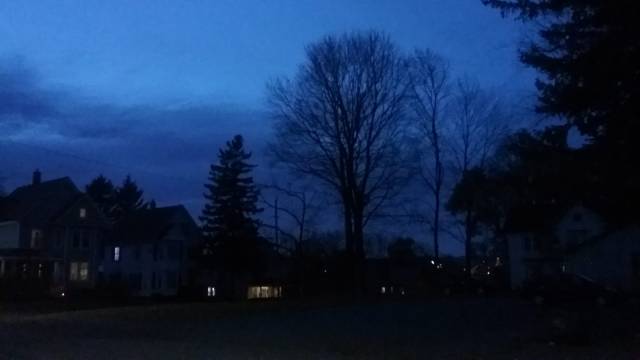 So what does the Invisible Man do?  For one, he wonders why people who were once a big part of his life seem to have vanished.

After that, he watches a lot of television, reads, and writes.

On rare occasions, he reads the blog’s mail.

The Invisible Man also sits alone on his couch and eats the Halloween candy that no one else wanted.

Lucky candy.  At least someone knows it exists and wants it.

Native New Yorker who's fled to the quiet life in Maine. I write movies, root for the Yankees, and shovel lots of snow.
View all posts by Austin →
This entry was posted in Humor and tagged blogging, Halloween, Humor, introvert, lonely, Modern Philosopher, Relationships, Sarcasm, satire, solitude. Bookmark the permalink.