“You know how I hate doing laundry?” Aaron asked before he took a large gulp of his Snapple.

It was a gorgeous Sunday morning in Maine.  The warm, summer sun beat down on the best friends, who were seated on their favorite bench next to the river.

Holly shrugged.  “I know you have an overall disdain for any type of domestic chores, but I didn’t realize laundry stood out as something you particularly loathed.

She smiled and sipped her coffee.  Even though it was 80 degrees, she still needed her scalding brew to make it through the morning.

“Oh, yeah,” he assured her with an emphatic nod.  “When I was a kid, my stepmother used to make us do our own laundry…”

“Didn’t she also make you and your sister prepare dinner?” she dumped a little more fuel on the fire because it always entertained her when Aaron went off on a rant about his horrible childhood.

He liked to make it seem like he was a cross between a stepchild in a Disney film and a street urchin in a Dickens novel.  Holly had a gut feeling that growing up in a nice section of New York had not been nearly as horrific as Aaron made it out to be.

“Exactly!” he agreed as his cheeks flushed with anger.  “I was making dinner, doing laundry, shoveling snow, and whatever else I’ve managed to block off from my memory.  Why didn’t they enforce child labor laws in my house?  Are those only for third world countries or early twentieth century America?”

“I’m not really sure of the answer to that one,” she replied with a kind smile.

Aaron didn’t care.  He was angry and planned to continue plowing down that road.  “And my hatred of laundry didn’t end once I got out of that house.  My ex-wife was almost tyrannical about it.  Everything had to be folded a certain way, and of course, the way I did it was never that way.  I’d end up having to fold every load of clothes three or four times.”

“Good thing she divorced you then,” Holly quipped.  “Saved you from a lifetime of that stress.”

Aaron nodded his agreement and chugged the rest of his Snapple.  Talking about his stepmother and ex-wife in the same conversation caused a unique strain of stress that only his favorite beverage could help him endure.

“So why did you bring up your hatred of laundry?” Holly asked.

While she enjoyed his out of control rants, she still cared about him and knew when to steer the conversation back on track.  She was well aware that those two ghosts from his past still haunted him and were best avoided if she wanted to enjoy her time with her best friend.

“Because something good finally came of laundry time,” he replied excitedly.

“Please give me details,” Holly urged him down this more positive path. 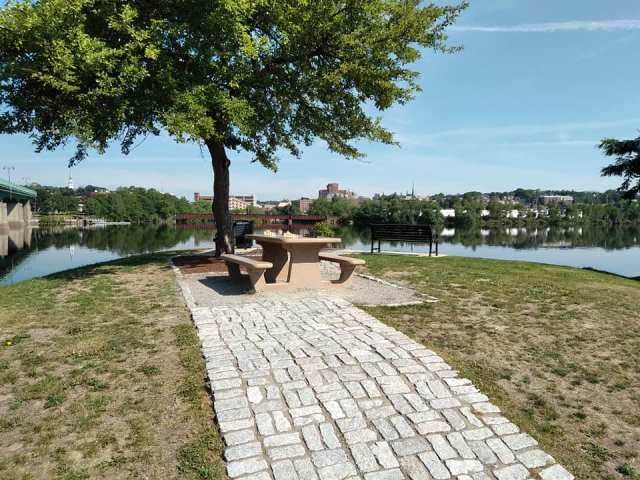 “I was folding the laundry yesterday, just minding my own business, when an incredible idea for the next chapter of my story popped into my head,” he explained.  “Let me clarify that.  It didn’t just pop in, it exploded onto the scene.”

Aaron was going to make a snarky comment, but then he realized that Holly was genuinely interested in his process, and she deserved a respectful answer.

“The whole chapter played out in my head like a movie,” he explained.  “And it was just so cool because it’s an unexpected twist for a beloved character with a time travel element.  I mean, anytime you can turn someone into a time traveler, you’ve done something truly amazing.”

“And all because you were doing the laundry,” Holly added with a wink and a smile.

“I don’t know how my mind works,” Aaron admitted.  “I just hope I can retain control of it long enough to get out all the stories knocking around up there.”

“Which surprises me because I am, at the heart of things, an extremely boring person.”

Holly shrugged and sipped her coffee because that seemed to be the safest response to Aaron’s statement.

Native New Yorker who's fled to the quiet life in Maine. I write movies, root for the Yankees, and shovel lots of snow.
View all posts by Austin →
This entry was posted in Humor and tagged best friends, flash fiction, Humor, inspiration, Modern Philosopher, Relationships, Sarcasm, satire, short story. Bookmark the permalink.